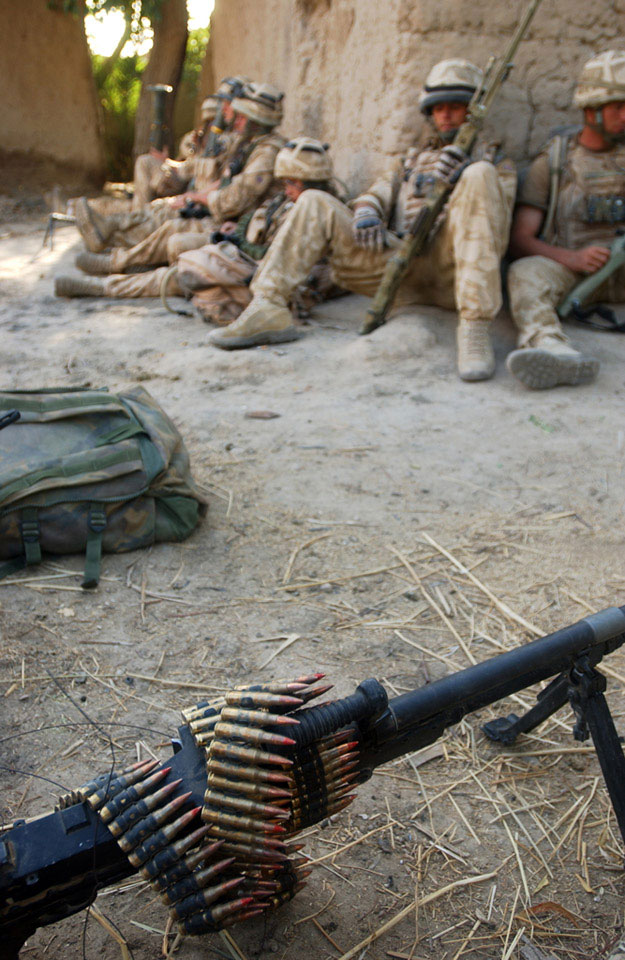 Members of 'A' Company 1st Battalion, Royal Welsh rest with their backs to a compound wall during and operation in Helmand Province, Afghanistan. In the foreground is a General Purpose Machine Gun (GPMG). The Belgian-designed GPMG served as the British Army's main machine gun from the 1960s. Built under license in the United Kingdom, it can fire 750 7.62 mm rounds per minute and is used to provide heavy supporting fire. British troops nicknamed the weapon, the 'Gimpy'. The red-tipped rounds are tracer ammunition. These have a small pyrotechnic charge in their base which is ignited upon firing. They burn brightly and allow the shooter to follow the bullets trajectory relative to the target in order to make corrections to his aim.

Operation CHAKUSH ('Hammer' in Dari) was designed to secure a crossing over the Nahr-e-Saraj Canal and to clear Taleban forces from between the towns of Gereshk and Sangin, in the irrigated 'Green Zone' of Helmand Province.