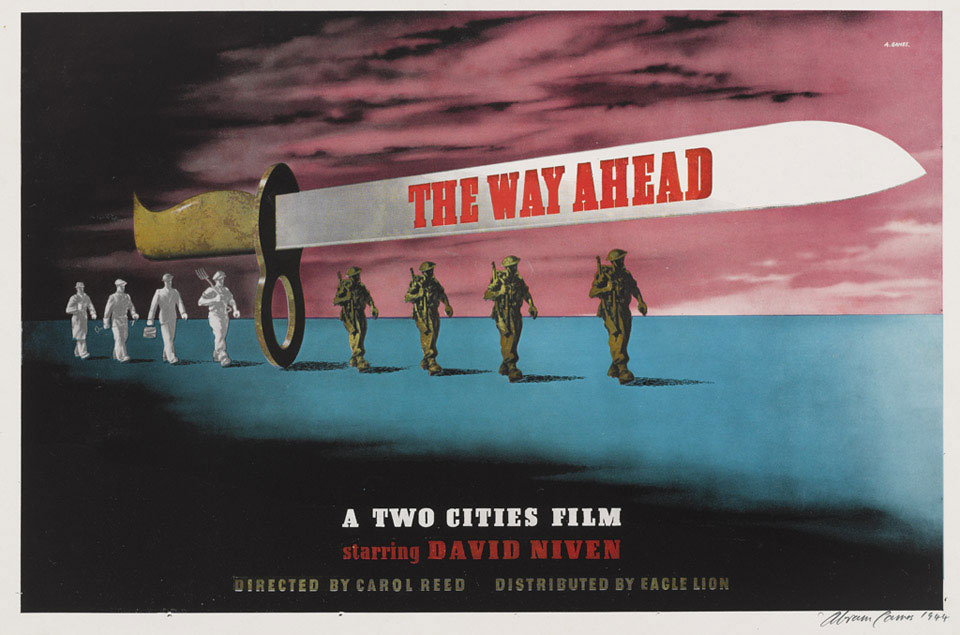 This poster advertises 'The Way Ahead', a World War Two film starring David Niven and Stanley Holloway. The film was written by Eric Ambler and Peter Ustinov and directed by Carol Reed. It tells the story of a group of raw recruits who are trained by Niven's character, Lieutenant Jim Perry, and eventually led into battle in North Africa.