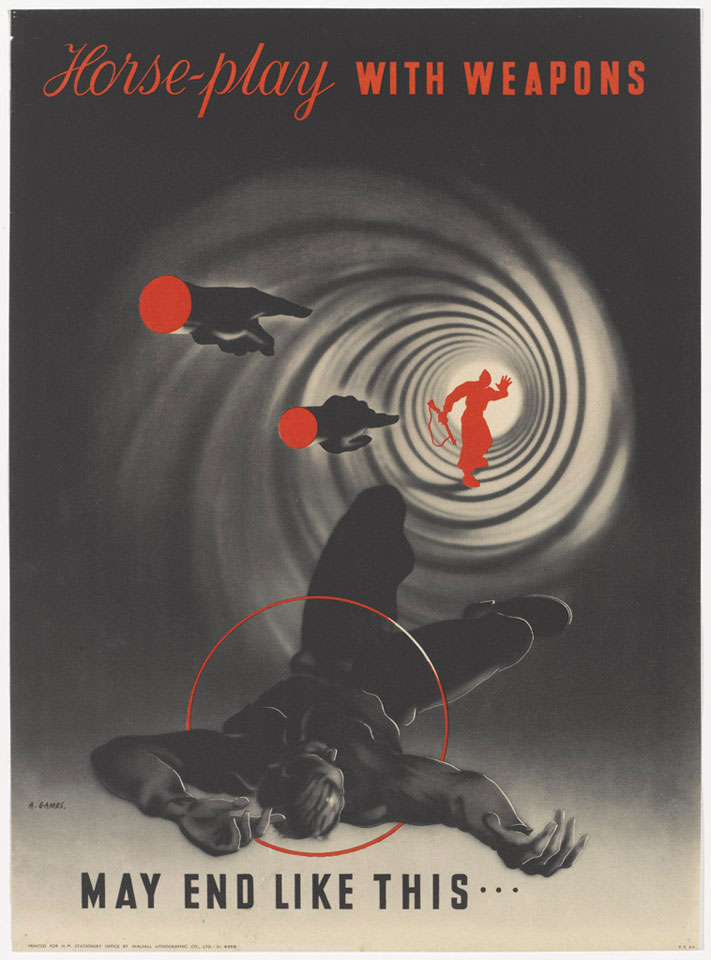 Games used the device of the inside of a rifled gun barrel to highlight the mortal dangers of mishandling weapons and ammunition. The dramatic use of blood red and black heightens the power of the image.

As Official War Artist Games produced about 100 extraordinary posters for the British Army, ranging in theme from recruitment, through to personal hygiene and post-war re-training. This poster warns soldiers not to mess around with weapons.