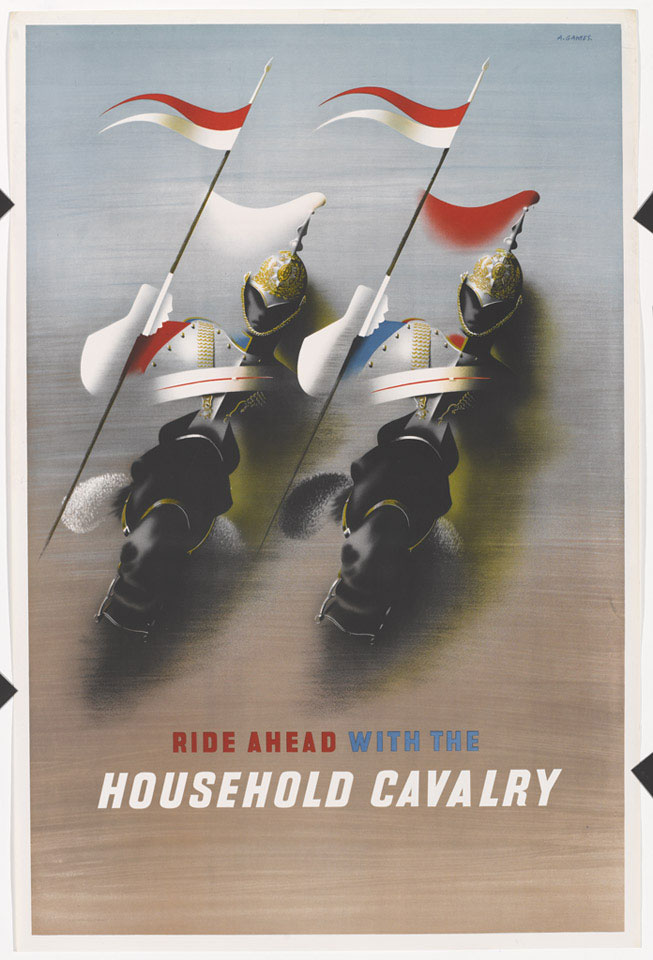 'Ride Ahead with the Household Cavalry', 1949

Games continued to design posters for the Army after the war. The Household Cavalry is formed of the two most senior regiments of the British Army. They are The Life Guards who wear red tunics and white plumes on their helmets, and The Blues and Royals who wear blue tunics and red plumes.

As Official War Artist Games produced about 100 extraordinary posters for the British Army, ranging in theme from recruitment, through to personal hygiene and post-war re-training.