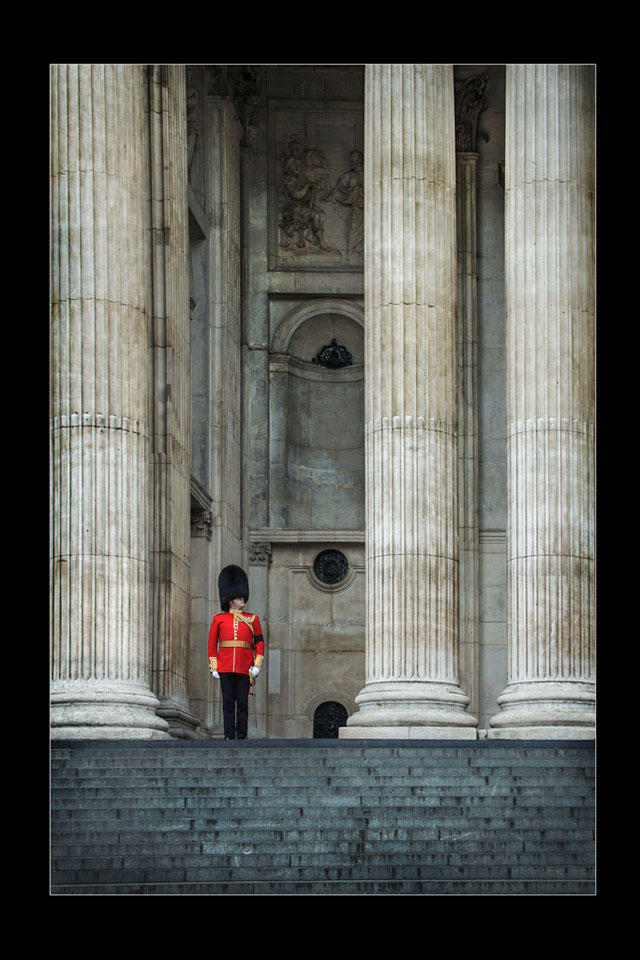 Lieutenant-Colonel Simon Soskin of the Grenadier Guards, on duty at St Paul's Cathedral for the funeral of former British Prime Minister, Margaret Thatcher. While not an official state funeral the death of the 'Iron Lady' was marked by a procession through London, gun salutes and a church service at St Paul's, attended by Queen Elizabeth II.