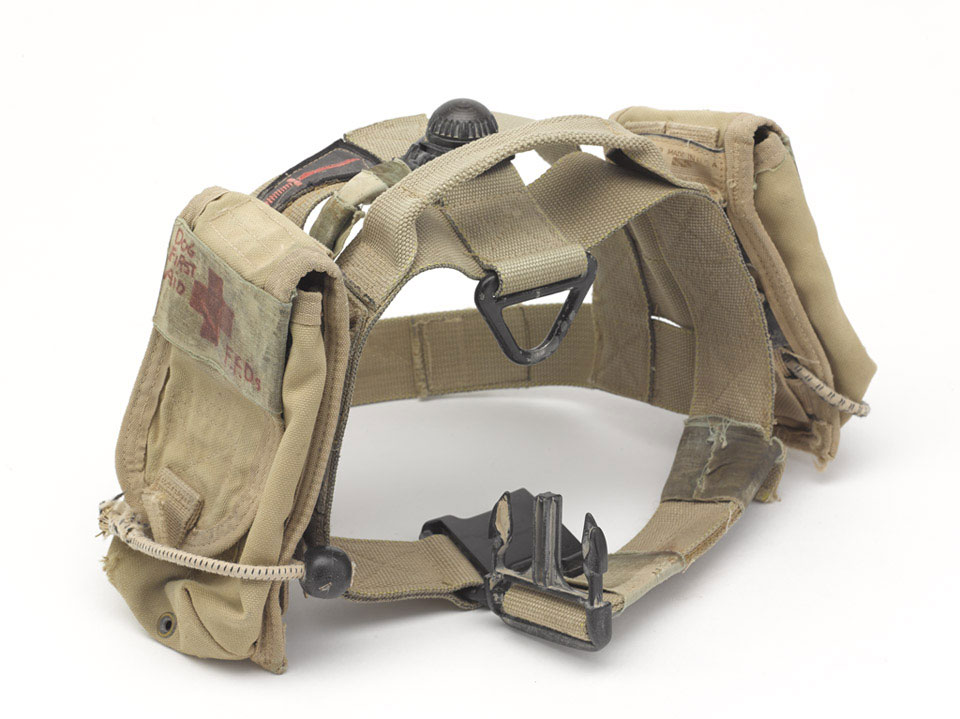 Military Working Dog Handler Corporal Robin Ardis, Royal Army Veterinary Corps, adapted the harness so that the dogs he worked with in Afghanistan (2001-2014) could carry their own medical supplies. The full dog medical kit included morphine, bandages and a tourniquet designed to fit smaller canine limbs.

The harness was been worn by several dogs including 'Fozzy' on Operation Herrick 4 and 'Diesel' on Herrick 7 and 9. Just over a month before the end of Herrick 9, Ardis and 'Diesel' were hit by a blast from a suicide bomber. 'Diesel' lost his hearing, but recovered enough to stay in the Army.