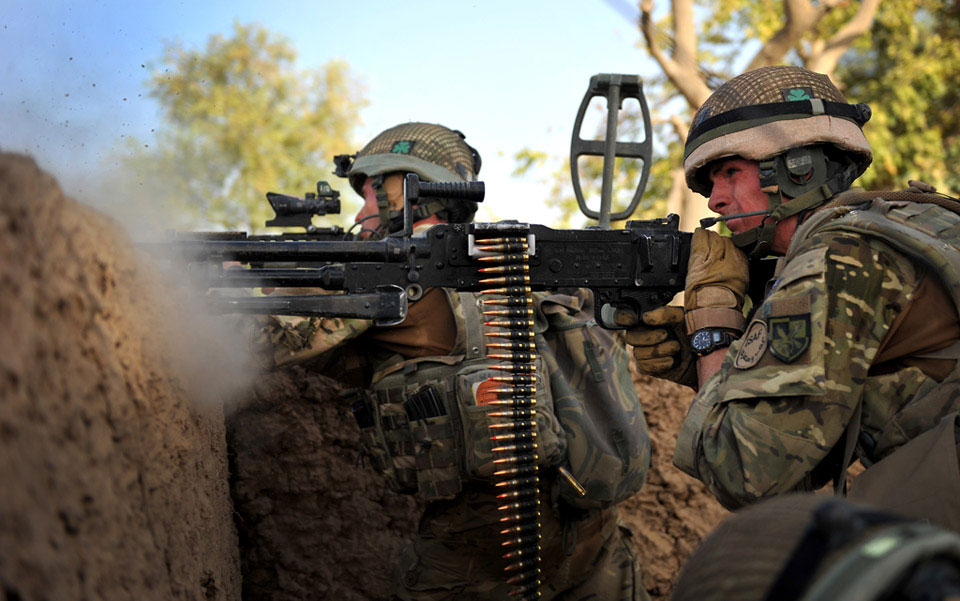 'The General is talking to you', Helmand Province, Afghanistan, 17 Sep 2010

A Ranger from 'B' Company, 1st Battalion Royal Irish Regiment, at Checkpoint Kamyab, returns fire with his General Purpose Machine Gun (GPMG), after Taleban attempt to ambush his patrol. In 2010, 'B' Company were deployed to the Nad-e-Ali area in Helmand Province, to support Afghan National Army security operations. The soldier wears International Security Assistance Force (ISAF) and 16 Air Assault Brigade badges on his left arm and the Royal Irish tactical recognition flash (a green shamrock on black ground) on his helmet cover.

The GPMG's red-tipped rounds are tracer ammunition. These have a small pyrotechnic charge in their base which is ignited upon firing. They burn brightly and allow the gunner to follow the bullets trajectory relative to the target in order to make corrections to his aim.