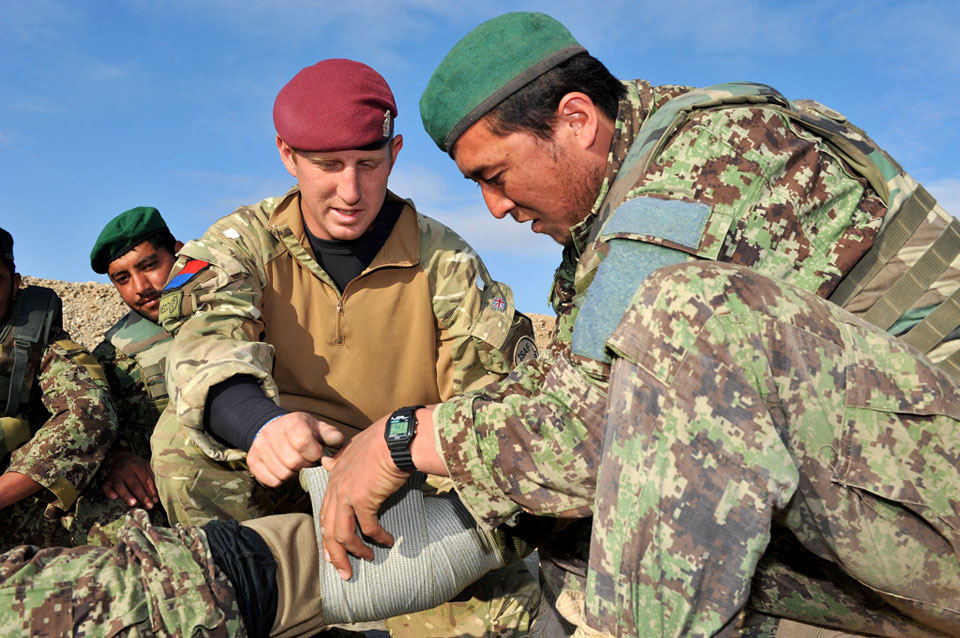 A corporal from the Royal Army Medical Corps trains a soldier of the Afghan National Army to apply a field dressing, near Gereshk, Helmand Province, January 2011

Teaching Afghan personnel to treat casualties was part of the gradual transfer of responsibility for medical care to local authorities following the start of the British withdrawal from Afghanistan.