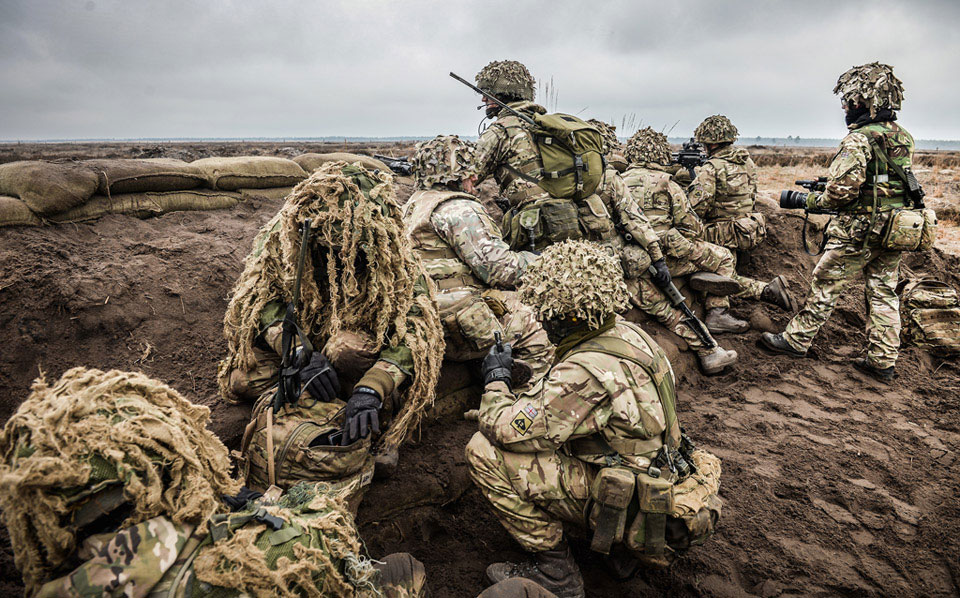 A small team of Combat Camera Team (CCT) and Mobile News Team (MNT) personnel film soldiers during BLACK EAGLE, an Anglo-Polish exercise at the Zagan Training Area. The exercise was part of the North Atlantic Treaty Organisation's (NATO) demonstration of support for its allies in Eastern Europe and the Baltic States.

The soldiers taking cover behind an earthwork include personnel of 12th Mechanised Brigade. 12th Mechanised Brigade, which includes the Royal Welch infantry regiment and the King's Royal Hussars armoured regiment, with its ace of spades insignia, was reformed in 1998 following the Strategic Defence Review. It served in Bosnia in 1999, Iraq in 2007 and Afghanistan in 2007 and 2012.