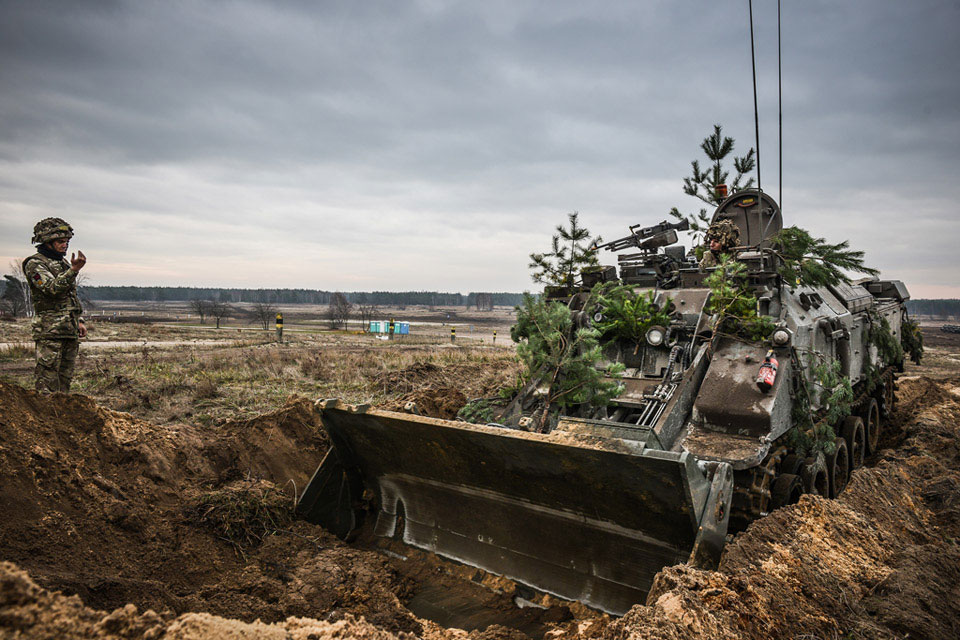 A camouflaged Terrier armoured engineering vehicle of 26 Engineer Group is used to construct defensive earthworks during BLACK EAGLE, an Anglo-Polish exercise at the Zagan Training Area. The exercise was part of the North Atlantic Treaty Organisation's (NATO) demonstration of support for its allies in Eastern Europe and the Baltic States.

The Terrier, manufactured by BAE Systems, entered service with the British Army in 2013. The air transportable, light armoured vehicle was designed to be used to clear obstacles and to undertake other engineering tasks for front line troops.