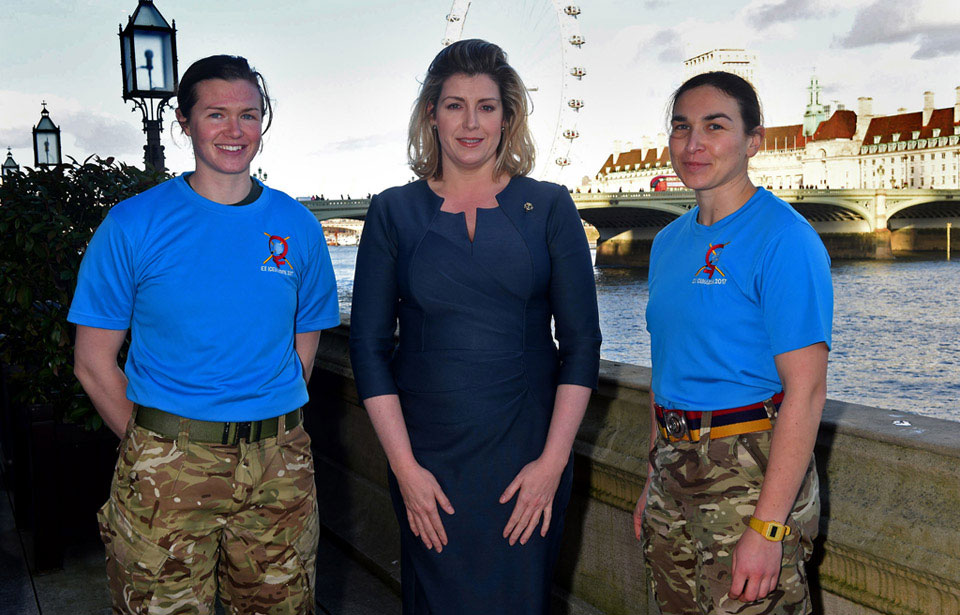 Expedition leaders of Exercise ICE MAIDEN, Captain Nicola Wetherill of the Royal Army Medical Corps (left) and Major Natalie Taylor of The Rifles (right) met with Minister of State for the Armed Forces (2015-2016) Penny Mordaunt (centre), in Westminster in 2016 to brief her on the expedition.

This meeting took place before Exercise ICE BAMBI, one of the final stages of the selection process where the twenty two strong group were whittled down to twelve before the final six who actually undertook the expedition were chosen.

Penny Mordaunt MP met with the expedition leaders over tea in the House of Commons. She promised her support to the team saying, 'We stand by ready to assist this amazing project. I am in awe of your efforts'.

From a collection of digital photographs relating to women in the British Army, 2016.