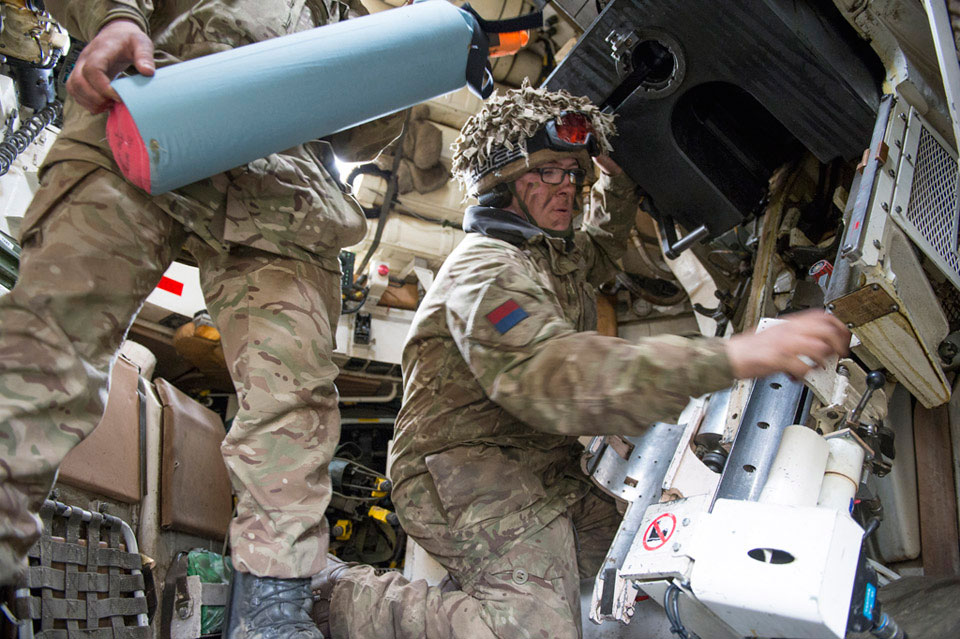 The crew of an AS90 self-propelled gun training with live ammunition, Otterburn Training Area, North Yorkshire, 2015