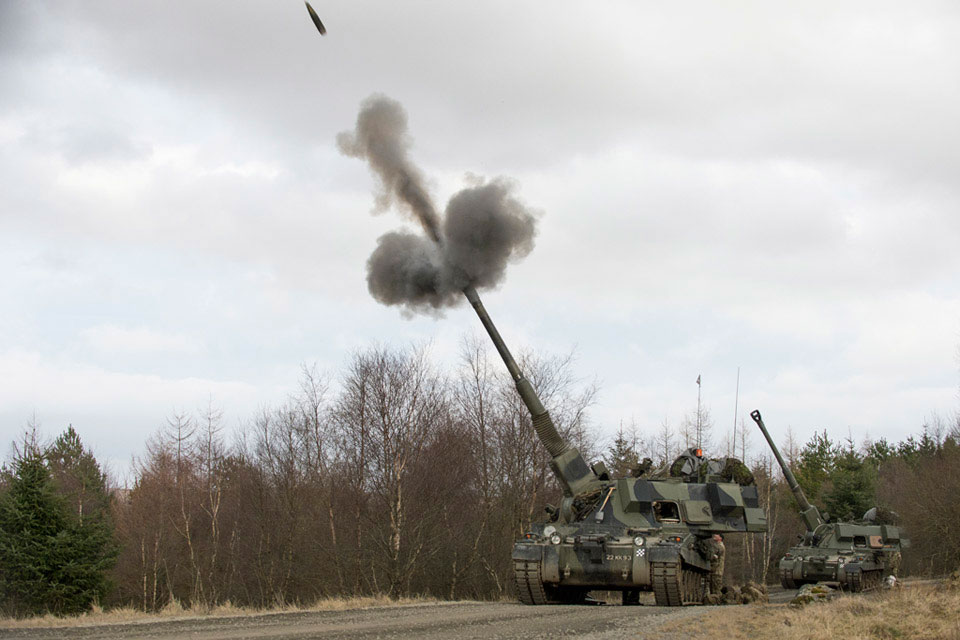 An AS90 self-propelled gun fires a 155 mm high explosive round in the high angle position, Otterburn Training Area, North Yorkshire, 2015