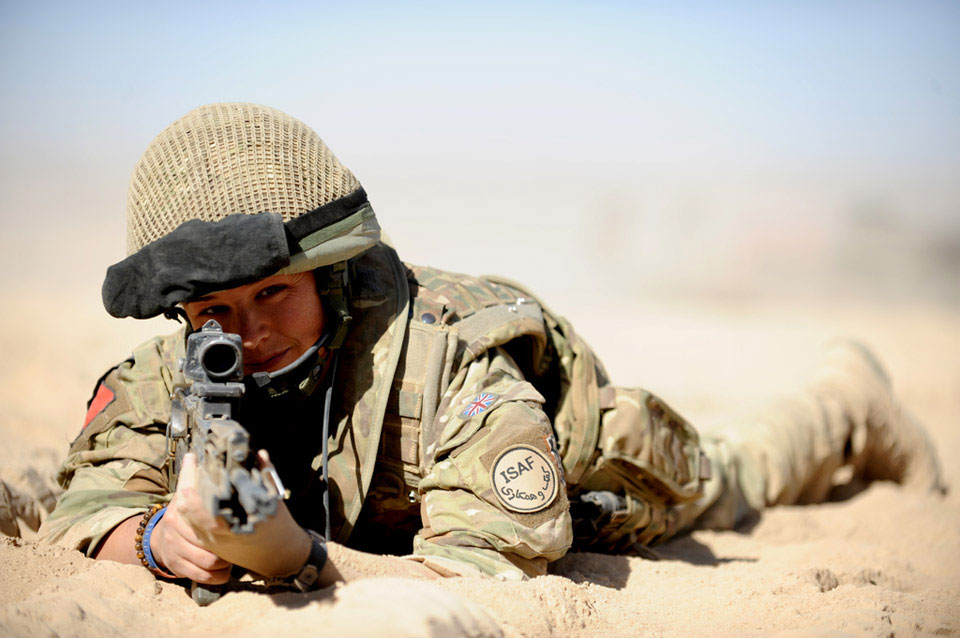 A soldier on Combat Logistic Patrol in Helmand Province, Afghanistan, 2010

Personnel from 13 Air Assault Support Regiment, Royal Logistic Corps, part of 16 Air Assault Brigade, on a Combat Logistic Patrol (CLP) to a Forward Operating Base (FOB) in Afghanistan. This CLP was a complex ground manoeuvre conducted over six days and involved nearly one hundred British and Afghan vehicles, and over 200 soldiers. As well as a tactical recognition patch on her right shoulder the soldier wears an International Security Assistance Force (ISAF) patch on her left arm. She also wears an orange and blue 'Help for Heroes' charity wristband.