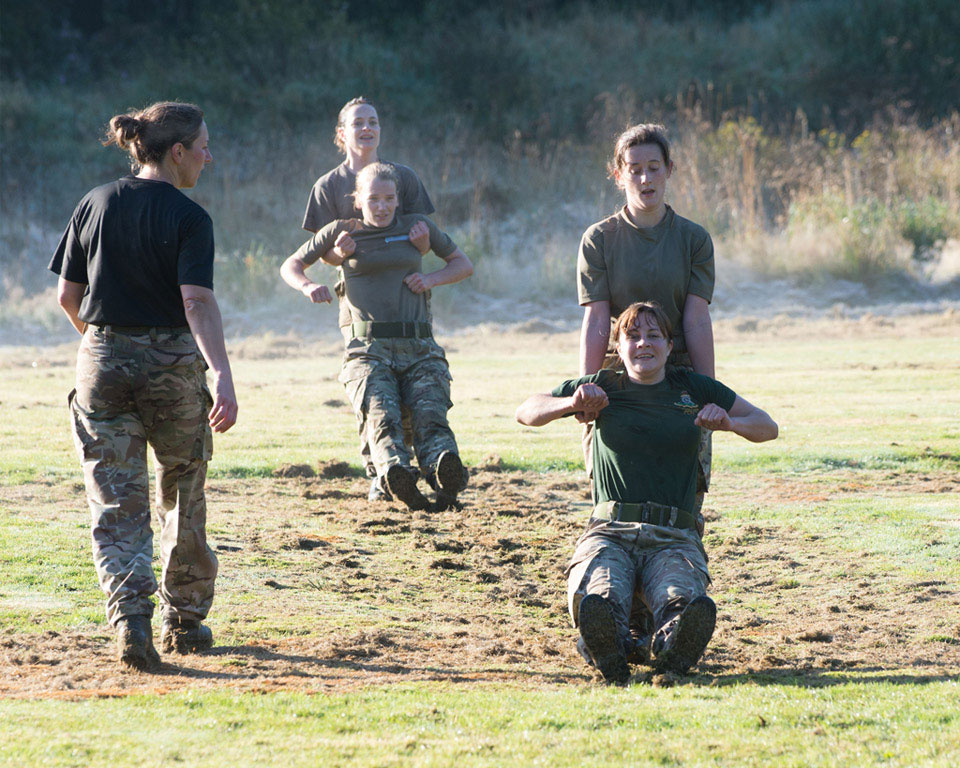 British Army servicewomen simulating casualty evacuation during a strength and conditioning physical training session, part of the initial selection process to decide on the team to undertake Exercise ICE MAIDEN. The expedition would involve six servicewomen crossing Antarctica using only their muscle power. Around 200 servicewomen started the selection process in 2015, with the final six being chosen in 2016. The only conditions applicants had to meet was that they were serving in the Army, Regular or Reserve, and that they were female.