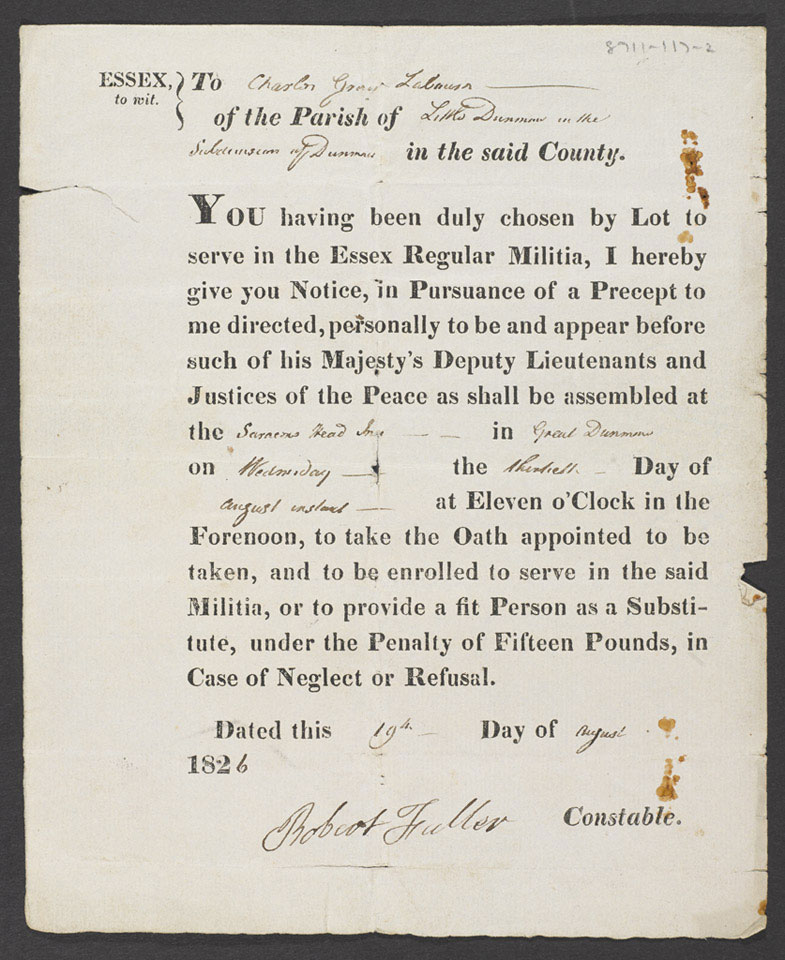 Charles Gray's militia ballot form, ordering him to appear of find a substitute, 1826

The militia was a force raised by county for home defence during periods of national threat or fear of invasion.

County and parish officials drew up militia lists, often annually, of those eligible (men over 18) to serve in local defence forces. A ballot was then held, from which a muster of men was selected by lot. Those drawn in the ballot had to serve in the militia unless they could produce a substitute to serve in their place.