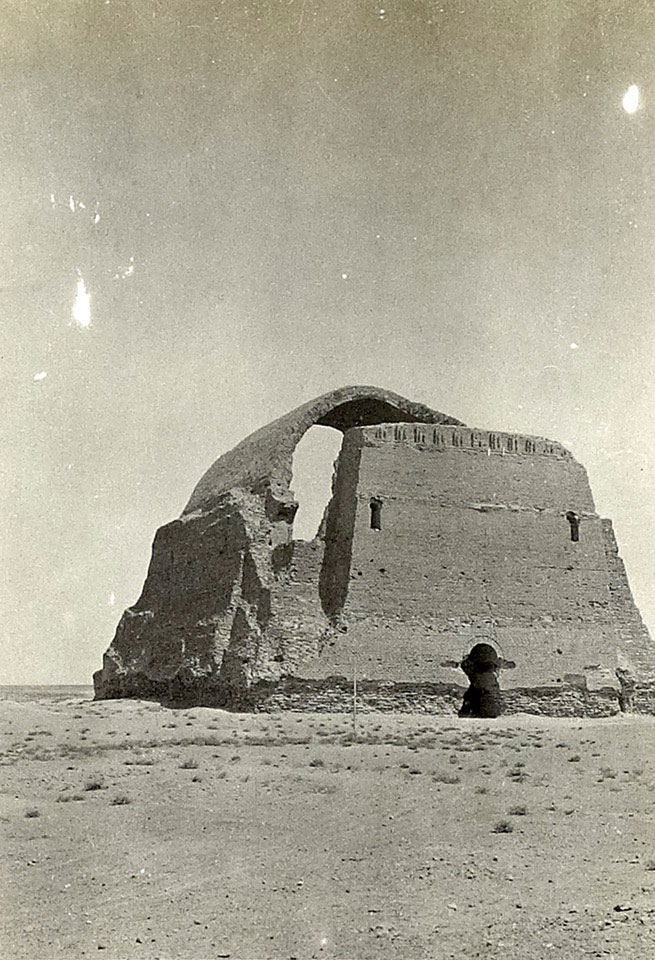 The Archway of Ctesiphon, Mesopotamia, 1919 (c)

Ctesiphon was the capital city of the Parthian and Sassanid Persian empires. Built on the eastern bank of the River Tigris, the city fell into decay in the 8th Century, its position as a centre of trade and political power being taken by Baghdad.

In 1916 Leith-Ross, a veteran of the Western Front, was attached to the intelligence staff of the Indian Expeditionary Force's headquarters in Mesopotamia. Throughout 1916 and 1917 he travelled by motor vehicle and aircraft to reconnoitre, photograph, survey and report on the British area of operations.

From January to September 1918 he was seconded to Dunsterforce, the British Military Mission to the Caucasus. After this, Leith-Ross continued to serve in Mesopotamia until late 1919.