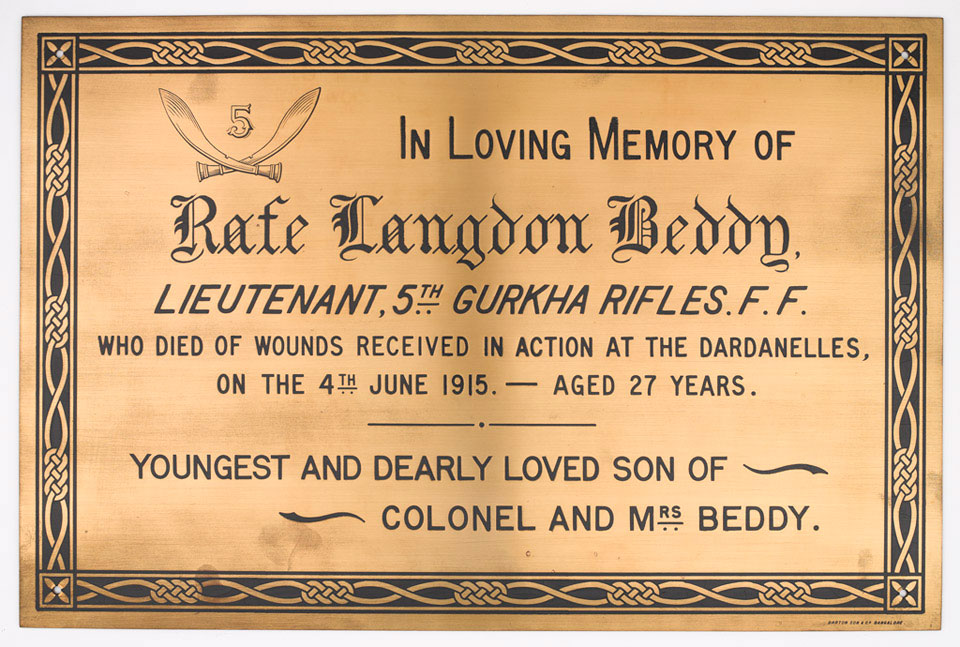 Commemorative plaque made by Barton and Sons, from the Punjab Frontier Force Memorial Wall No 6, with a dedication from Colonel and Mrs Beddy, 1915.

After the Partition of India in August 1947 the Frontier Force units were divided between the Indian and Pakistan Armies. It was then decided that the memorials to the Punjab Frontier Force, the 'Piffers', erected in the garrison churches should be relocated to England, and in 1951 they were installed in the Parish Church of St Luke's, Chelsea.

Lieutenant Beddy died of wounds on the 4 June 1915, aged 27 years, during the Dardenelles campaign in World War One (1914-1918). The Commonwealth War Graves Commission records Beddy's grave at Pink Farm Cemetery at Helles on the Gallipoli Peninsula.