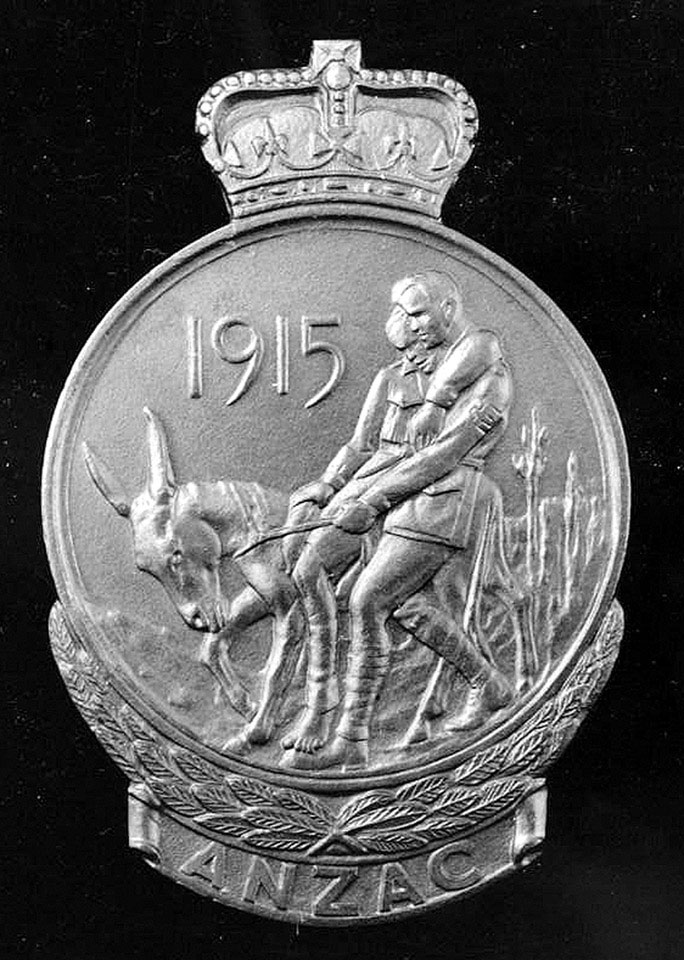 The obverse side of this medallion depicts Private John Simpson and his donkey carrying a wounded soldier. At Anzac Cove the medical services were hard-pressed, particularly stretcher-bearers bringing wounded men to the beach. Simpson requisitioned a donkey and used it to transport wounded men to the beach, until he was killed by a sniper during the Turkish attack of 19 May. The task of evacuating wounded in this way was continued by the New Zealander, Private R A Henderson, and soon became general practice.