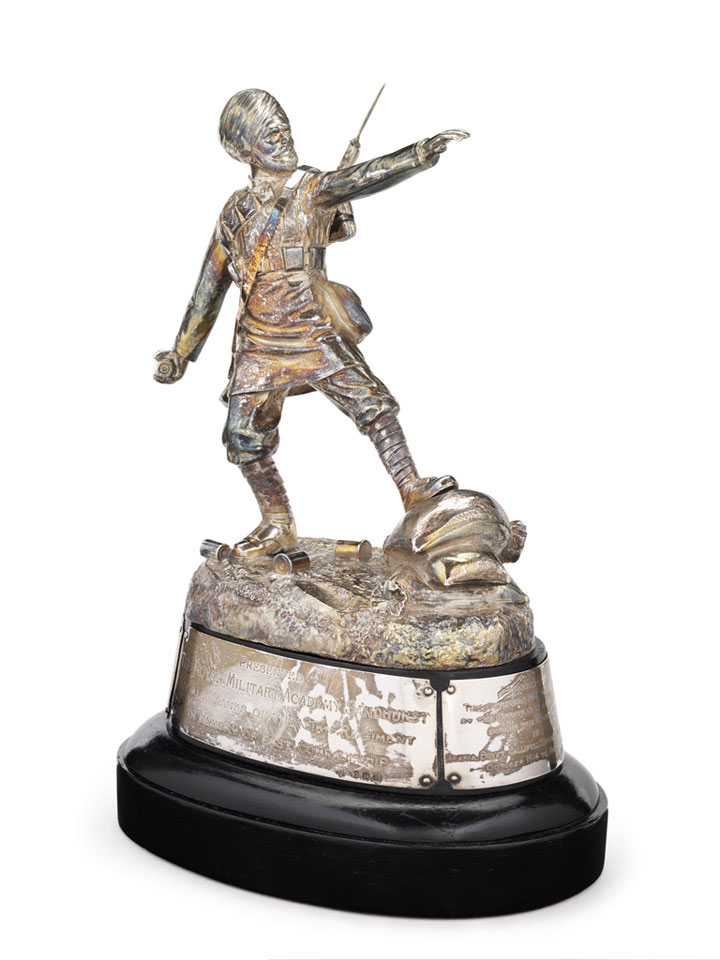 This statuette commemorates an action at Gully Ridge, Gallipoli. At the Third Battle of Krithia on 4 June 1915 the 14th King George's Own Ferozepore Sikhs were almost wiped out, losing 380 men out of 514 and 80 per cent of their officers. They were part of 29th Indian Infantry Brigade that landed at Gallipoli on 1 May, having been shipped from Port Said. The Brigade performed well, but sustained heavy losses. Officers of the 14th who had served during the First World War presented the statuette to their mess as a memorial to their fallen comrades.