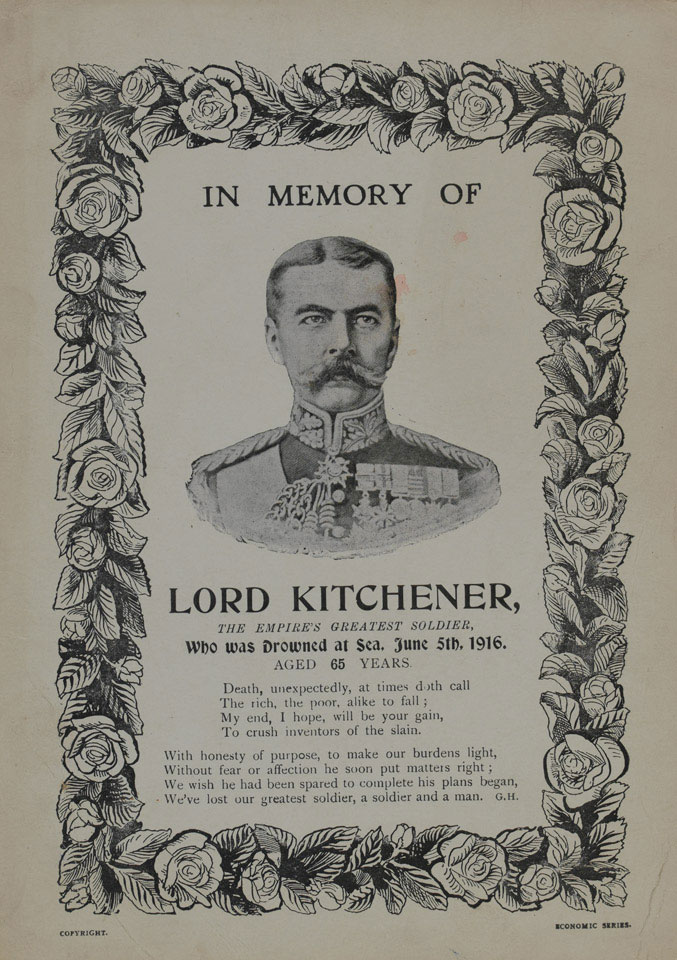 Kitchener was appointed Secretary of State for War in August 1914. While many expected World War One to be 'over by Christmas', Kitchener realised it would be long and on an unprecedented scale. He appealed for volunteers for his 'New Armies' and was immortalised on Alfred Leete's 'Your Country Needs You' poster. For the next year and a half he virtually ran the war effort, providing the nation with an Army capable of meeting its continental commitment.

However, like most of his contemporaries Kitchener struggled to come to terms with the realities of modern industrialised warfare. His influence declined in the aftermath of the 1915 'shell crisis' and the failed Dardanelles expedition, an operation he had supported in cabinet. Dispatched to Russia on a fact-finding mission, Kitchener drowned on 5 June 1916 when his ship struck a mine off Orkney.

From a collection of papers relating to Sergeant Louis Jones and his family, 1886-1942.