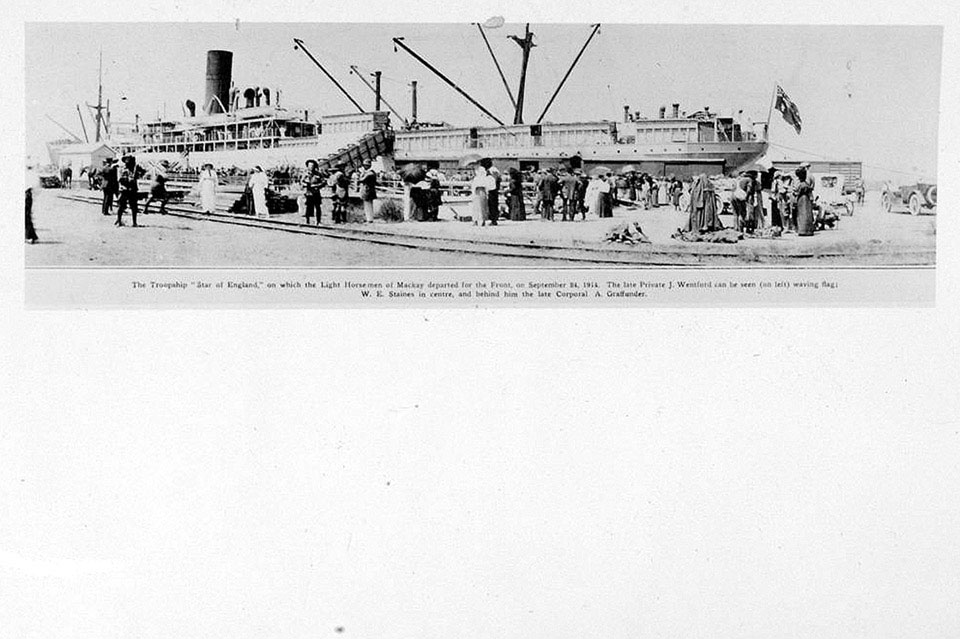 'The Troopship 'Star of England' on which the Light Horsemen of Mackay departed for the front, on September 24, 1918'

HMAT 'Star of England' (later renamed Port Sydney) displaced 9136 tons. She was owned by the Commonwealth & Dominion Line Ltd of London. Many similar steamers were used by the Australian government for the purpose of transporting the Australian Expeditionary Force (AIF) and its equipment overseas.