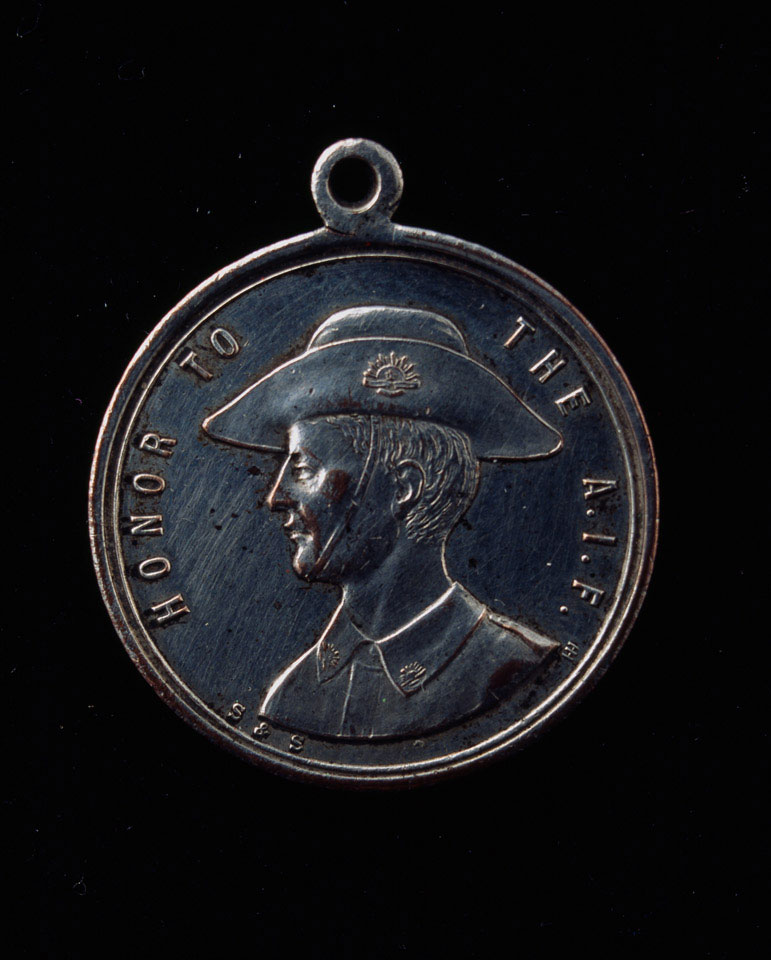 Bust of Australian soldier adapted from a drawing by H Harvey.

On 25 April each year the people of Australia and New Zealand honour the sacrifice of the Australian and New Zealand Army Corps (ANZAC) during World War One (1914-1918) and all those who have served in the armed forces of their countries ever since. On 25 April 1915 the ANZAC landed on the Gallipoli peninsula in Turkey. This was the first major military action fought by Australian and New Zealand forces during the war. The 'Anzac legend', created by the bravery of the men at Gallipoli, became an important part of the national identity of both nations. From 1916 onwards, Anzac services were held on 25 April.