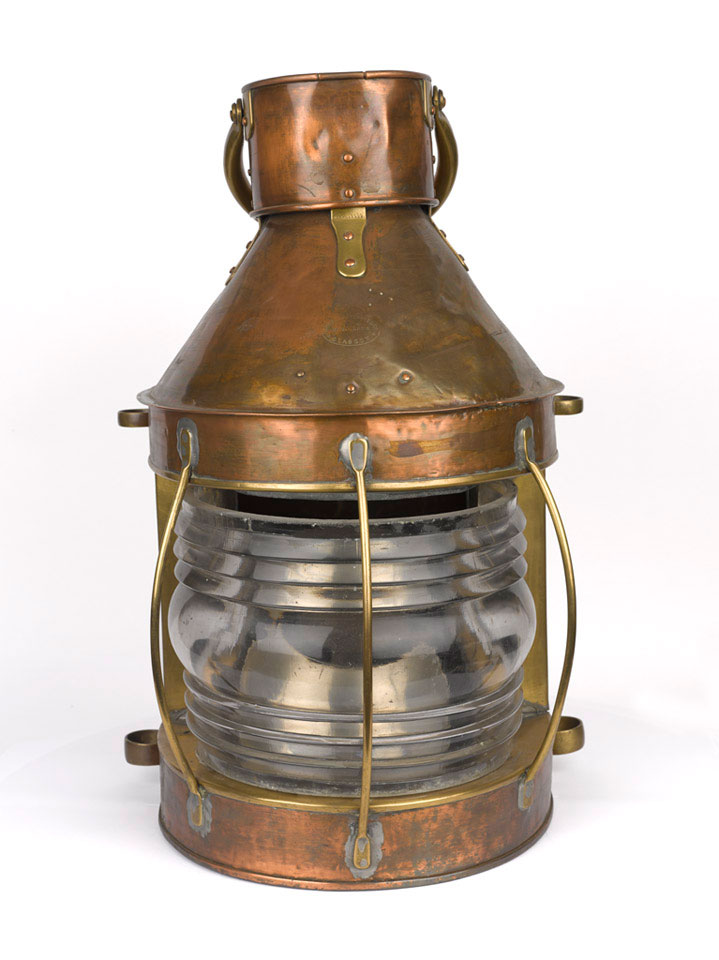 The SS 'River Clyde' was a ship that carried the 1st Battalion of the Royal Munster Fusiliers, two companies of the 2nd Battalion, the Hampshire Regiment, and one company of the 1st Battalion Royal Dublin Fusiliers into action as the spearhead of the landing at V Beach at Gallipoli on 25 April 1915.

The ship was a collier that had been converted into an amphibious assault platform. The plan was for the ship to intentionally run aground. Large openings had been cut into the hull, from which the men would disembark, advance down gangways to pontoons and then assault the beach defences under the cover of machine gun fire and naval bombardment. But due to delays and strong Turkish defences the plan failed. The 'River Clyde' became a sitting target for Turkish guns and a death trap. Three attempts to land were costly failures, and the soldiers were forced to wait for nightfall to try again. The attacking force had suffered approximately 50 per cent casualties.

This light was presented, with a ship's control wheel from the engine room of the 'River Clyde', to 1st Battalion The Royal Munster Fusiliers by Vice Admiral Sir John de Robeck in memory of the landings. de Robeck commanded the Allied naval force in the Dardanelles campaign. Until the disbandment of the regiment in 1922 it was kept in the Officers' Mess of the 1st Battalion.