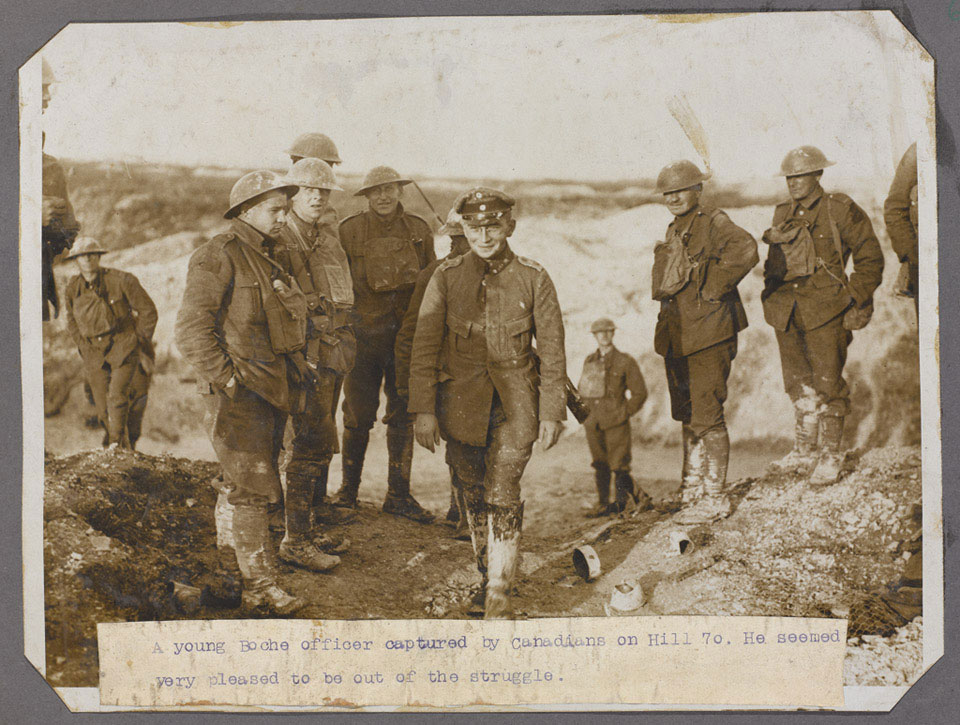 'A young Boche officer captured by Canadians on Hill 70. He seemed very pleased to be out of the struggle', 15 August 1917

Canadian soldiers watch a German officer brought in after his capture on the first day of the Canadian Corps' assault at Hill 70 near Lens. Between 15 and 25 August 1917 the Canadians attacked there in order to draw German troops away from the ongoing Battle of Passchendaele and inflict as many casualties on the enemy as possible.