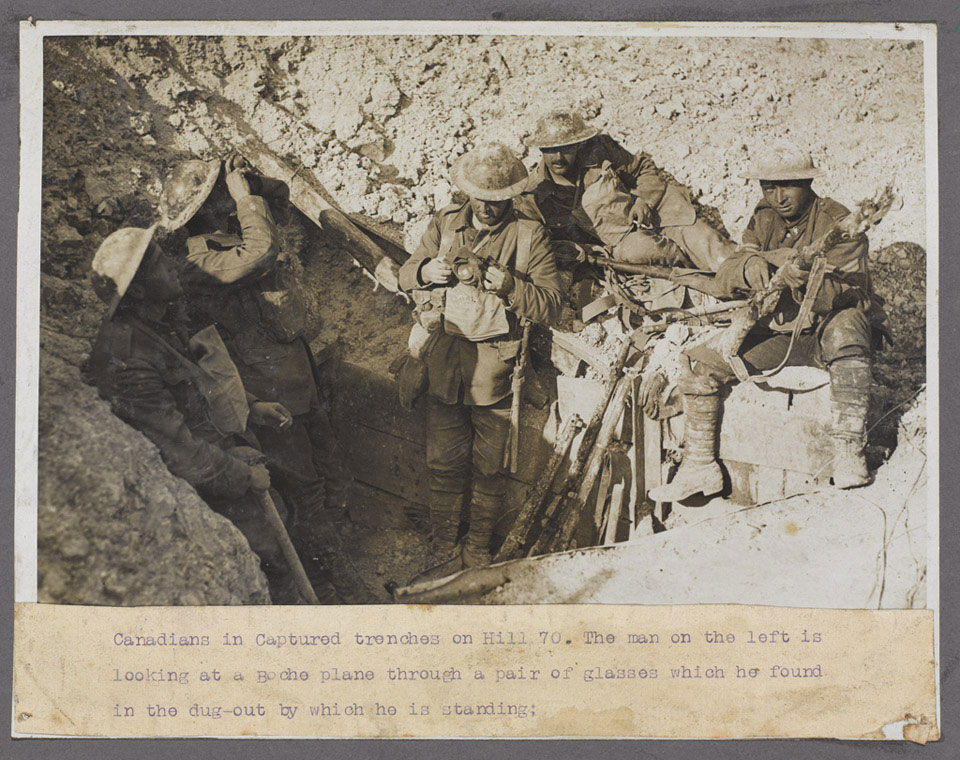 Between 15 and 25 August 1917 the Canadian Corps attacked the high ground at Hill 70 on the outskirts of Lens in order to draw German troops away from the ongoing Battle of Passchendaele and inflict as many casualties on the enemy as possible. Although the operation prevented the Germans from deploying some of their reserves to Passchendaele, it failed to draw off troops from the latter engagement. Canadian losses were as high as those sustained by the Germans. An attempt by the Canadians to extend their position into the city of Lens itself also failed.

From an album of 54 photographs that belonged to Mr Herbert Cawthorne who served with a Canadian regiment during World War One.