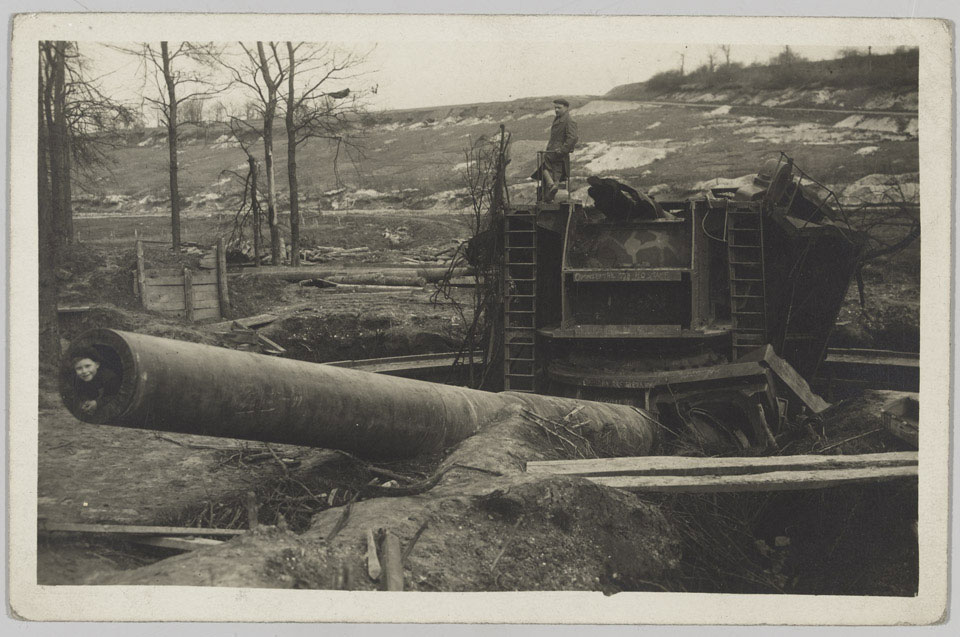 'Big Bertha, captured by the Australians in 1918'

This 15-inch German naval gun, nicknamed 'Big Bertha', was used to bombard Amiens about 18 miles (30 kilometres) away from its position at Chuignes. The weapon was destroyed by the retreating Germans and captured by men of the 1st Australian Division on 8 August 1918. The gun weighed more than 500 tons and could fire a one ton projectile over 23 miles (38 kilometres).

One of nine photographs relating to the service of CQMS George Godbolt with the Chinese Labour Corps.