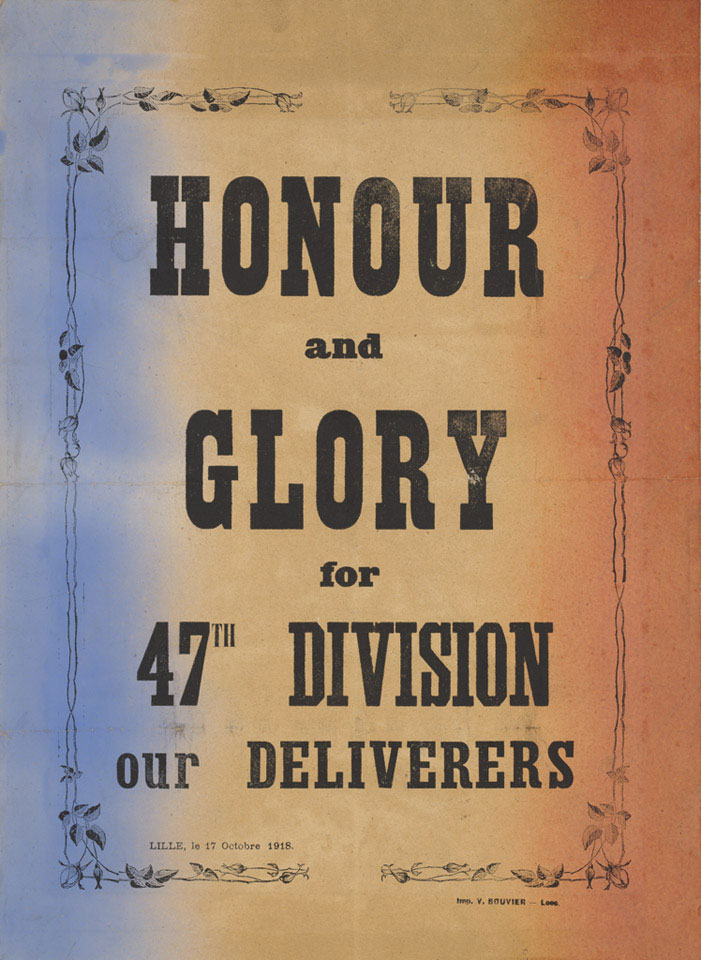 This French poster refers to the arrival of the British 47th (London) Division into Lille and features the blue, white and red stripes of the Tricolore flag. The city, close to the Belgian border, fell to the Germans very early in the war on 27 August 1914. It remained in their possession until almost the end of the conflict. But as the Allies' Hundred Days Offensive of 1918 wore on, the German occupation became untenable.

In September 1918, the German 6th Army evacuated Lille, destroying several bridges as they departed. Although British soldiers were first to arrive at the outskirts of the city, they waited to ensure the first troops to enter were French, giving them the honour of liberating their own city. Having played a key role in rebuffing the German Spring Offensive, the 47th Division formally entered Lille on 28 October, where they were greeted as liberators by the citizens. It was the division's final triumphant act of the war, which ended less than two weeks later.

Similar posters were printed by the civic authorities in towns and cities throughout the former Franco-Belgian war zone to welcome their liberators and celebrate the end of the conflict.