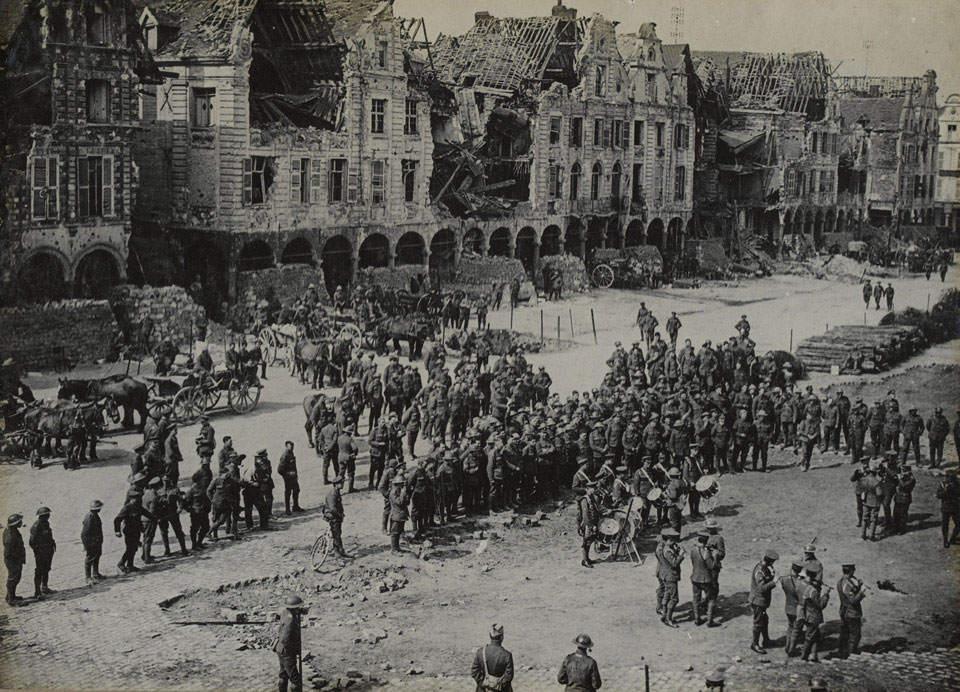 A British Army band playing to troops in a square at Arras, August 1918

The Arras region was the scene of fierce fighting during the Allied Hundred Days Offensive of 1918. The previous year it had witnessed a Commonwealth offensive that suffered some of the highest casualty rates sustained by an attacking force during the entire war.

From an album of 24 photographs.