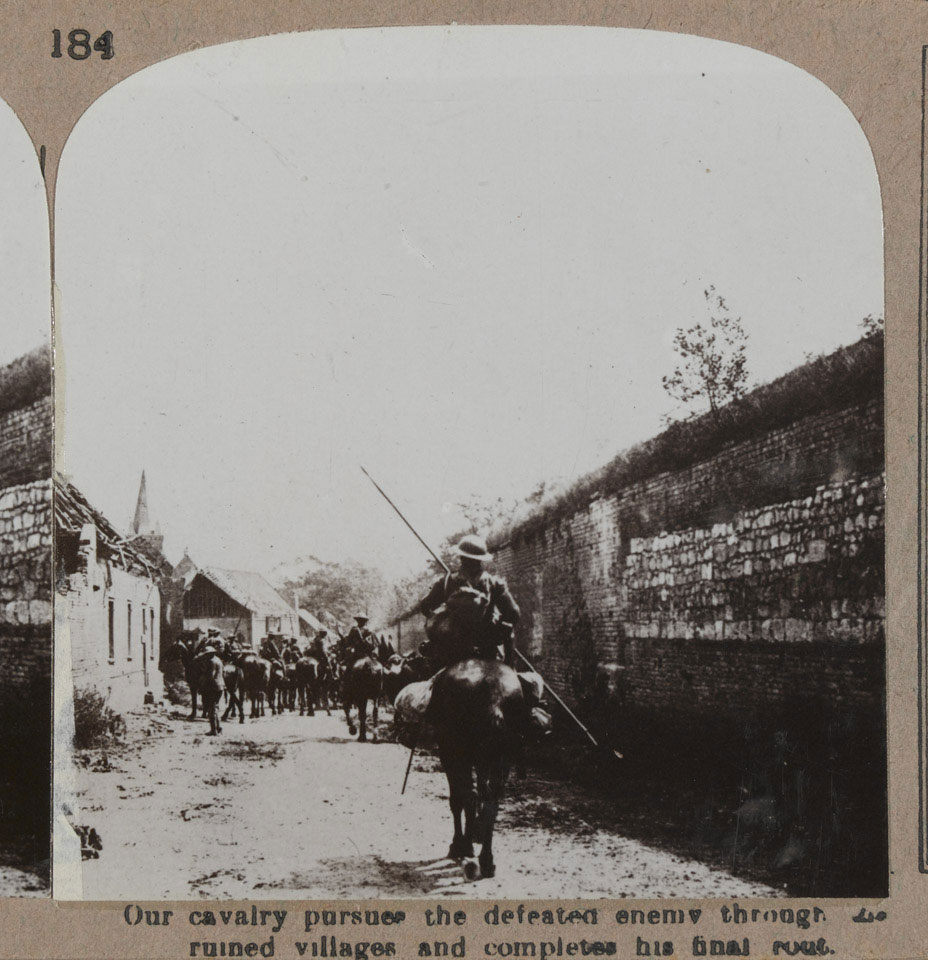 'Our cavalry pursue the defeated enemy through the ruined villages and completes his final rout', 9 August 1918

British cavalry pass through Beaucort-en-Santerre on the Somme. They are moving to support the attack on Le Quesnel which was eventually taken by the 4th Canadian Division. The latter engagement was part of the Battle of Amiens (8-12 August 1918), an Allied victory that brought mobile warfare, and the extensive use of cavalry, back to the Western Front.