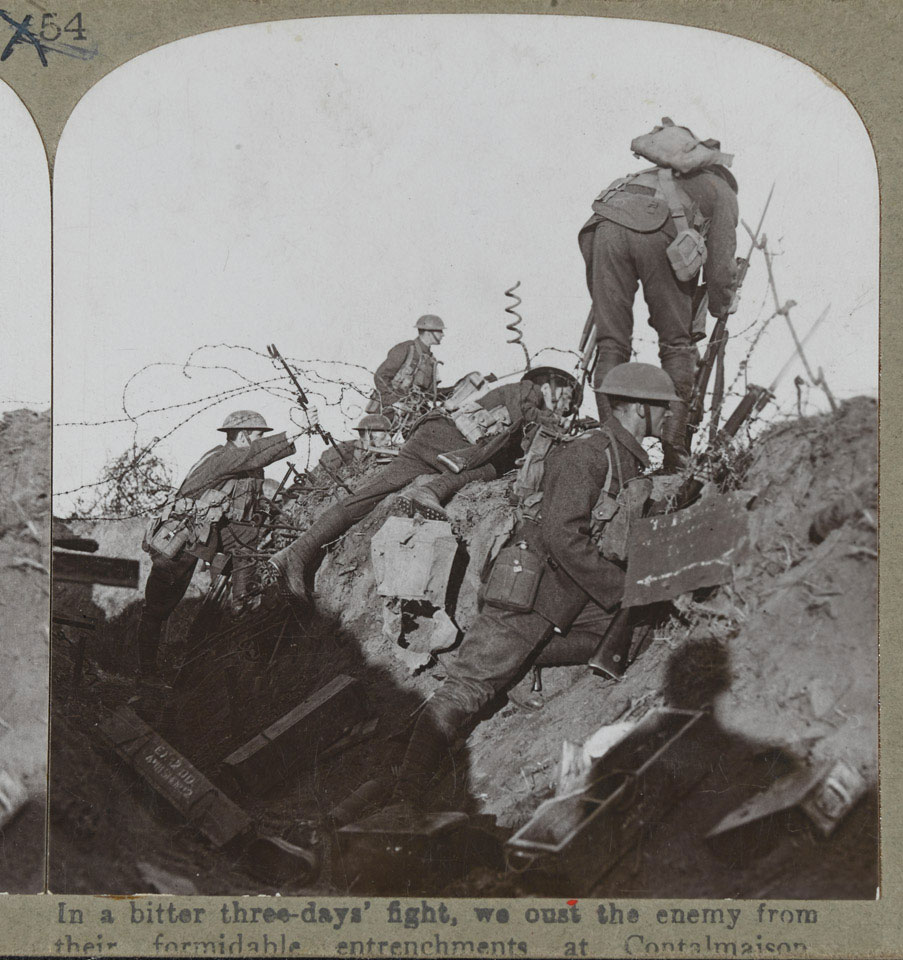 'In a bitter three-days fight, we oust the enemy from their formidable entrenchments at Contalmaison', 1916

Contalmaison, near Albert on the Somme, was an objective on 1 July 1916. Although elements of the 34th Division reached it that day, it was not secured and bitter fighting continued. On 7 July reinforcements from the 23rd Division fought their way into the village, releasing some of the British soldiers captured earlier in the battle. Contalmaison did not finally fall until 10 July when the 8th and 9th Battalions of the Yorkshire Regiment captured the village.