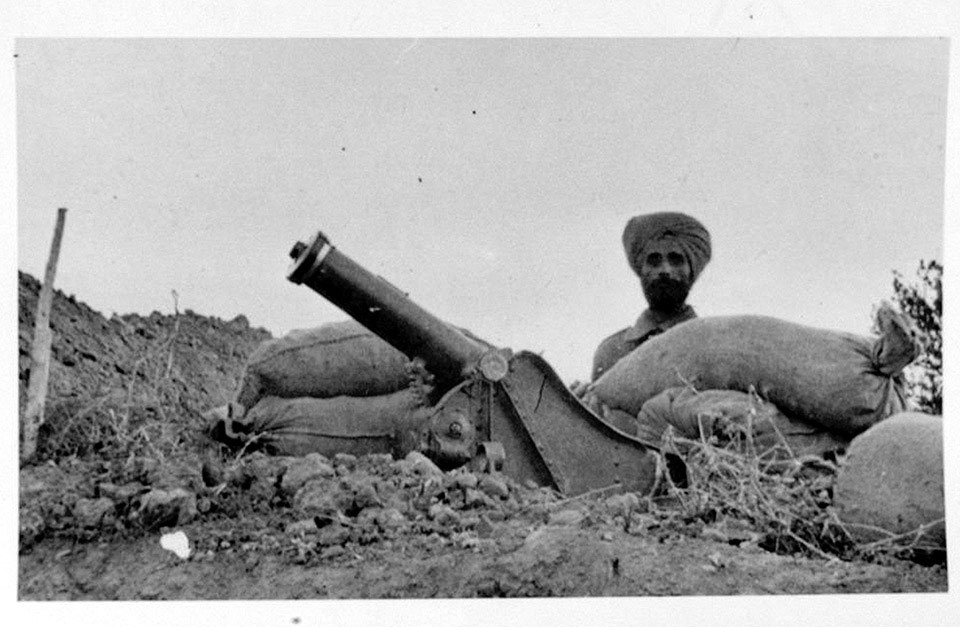 A Sikh soldier in a sandbagged gun emplacement, 1915

29th Indian Infantry Brigade landed at Gallipoli on 1 May 1915 having been shipped from Port Said. Consisting mainly of Gurkhas, Punjabi Muslims and Sikh units, the brigade performed well, but sustained heavy losses. At the Third Battle of Krithia on 4 June 1915 the 14th King George's Own Ferozepore Sikhs were almost wiped out, losing 380 men out of 514 and 80 per cent of their officers.