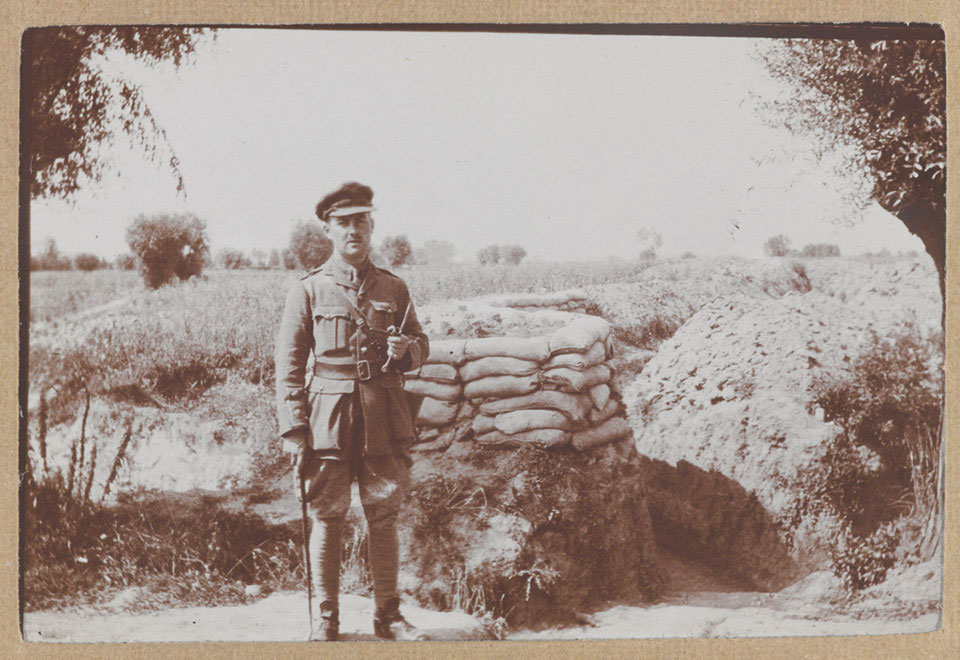 Ingpen was originally commissioned into 2nd Battalion The Prince of Wales's Own (West Yorkshire Regiment) and served on the Western Front with them, winning a Distinguished Service Order (DSO) at the Battle of Neuve Chappelle (10-13 March 1915).

In September 1915 he was given command of 1/8th Duke of Cambridge's Own (Middlesex Regiment) and went on to lead it at the battles of Loos (1915) and the Somme (1916). In 1917 he won a second DSO at the Battle of Langemarck (16-18 August), where he was badly wounded. He spent the rest of the war in various hospitals recovering.

From an album of 64 photographs, associated with 1/7th and 1/8th Bns Middlesex Regiment.