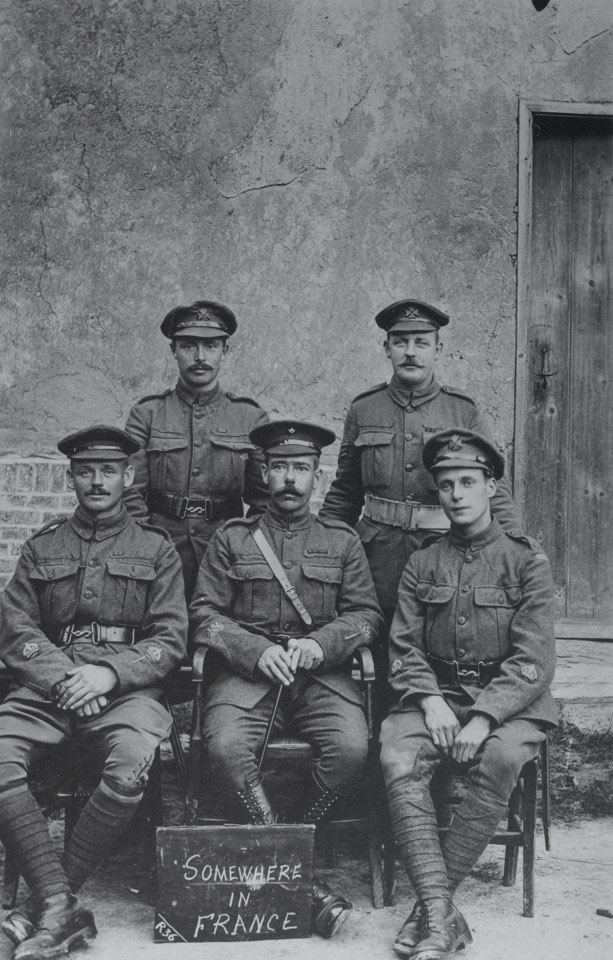 Littler joined up on 3 September 1914, enlisting in the 12th (Service) Battalion, The King's Royal Rifle Corps, which was then being raised at Winchester. He gave his trade as engineer. Part of 60th Brigade of the 20th (Light) Division, his battalion trained at Bisley, Blackdown and Larkhill before landing at Boulogne on 22 July 1915. It went into the line near Bethune. By this time Littler had been promoted to sergeant. In July the battalion transferred to the Somme front where it fought at Delville Wood, Guillemont, Flers-Courcelette, Morval and Le Transloy.

Littler was promted to regimental quarter master sergeant in October 1916 and continued to serve on the Western Front, fighting in many battles including those at Langemarck, Menin Road Ridge and Polygon Wood. He later transferred to the Royal Air Force in April 1918.

One of three photographs associated with the service of RQMS James Edward Littler.