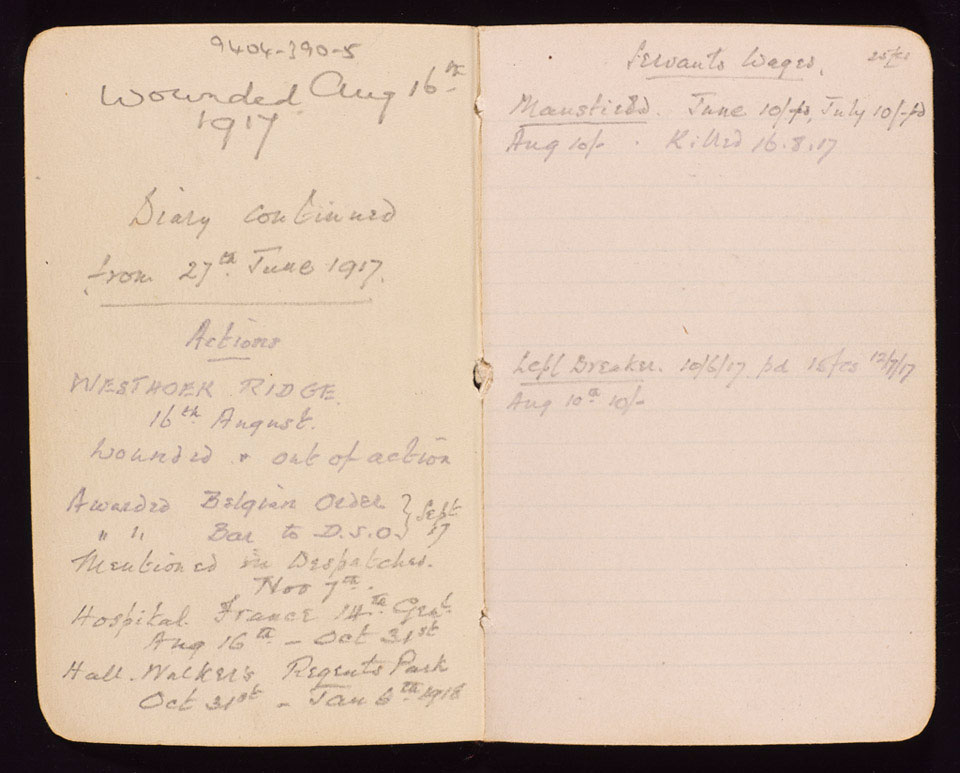 The brief but useful entries chiefly relate to the routine of and events affecting the battalion. Ingpen was wounded in three places whilst rallying his unit at Westhoek Ridge during the Battle of Langemarck on 16 August 1917.

His diary notes that he 'found the men inclined to break and collected about 150 and took them forward again. On my way back I was hit in three places, the head, leg and lung. The last put me out of action. My orderly stuck to me and got a stretcher and bearers and after a very painful journey I arrived at 36 CGS [Casualty Clearing Station] pretty well done up'. He was later awarded a Bar to his Distinguished Service Order for this action.