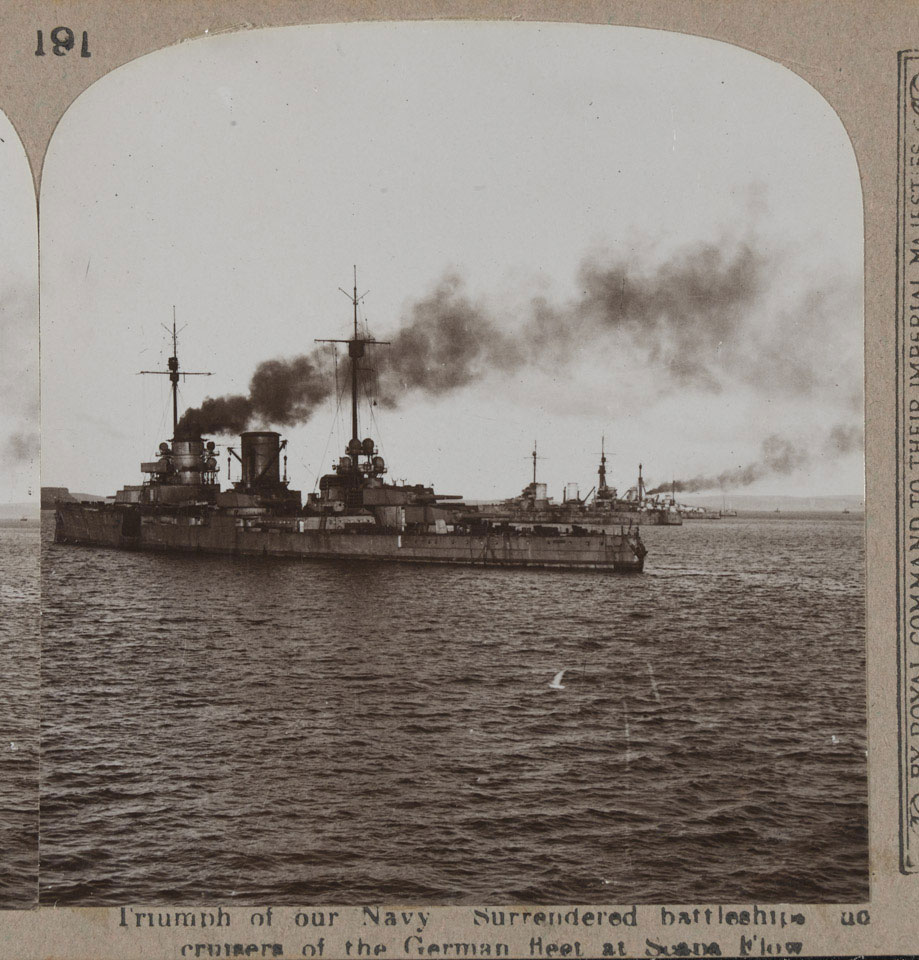 'Triumph of our Navy. Surrendered battleships and cruisers of the German fleet at Scapa Flow', 1918

Following the November 1918 Armistice the German High Seas fleet was ordered to surrender to the British. Over 70 ships were interned at Scapa Flow in the Orkney Islands pending a decision on their future in the peace Treaty of Versailles. Before any decision was ratified, Rear Admiral Ludwig von Reuter, the German officer in command at Scapa Flow, ordered their crews to scuttle the ships to prevent their falling into British hands. The Royal Navy tried to prevent the scuttling on 21 June 1919, but most of the British fleet was absent on exercise. Eventually 52 ships were deliberately sunk.