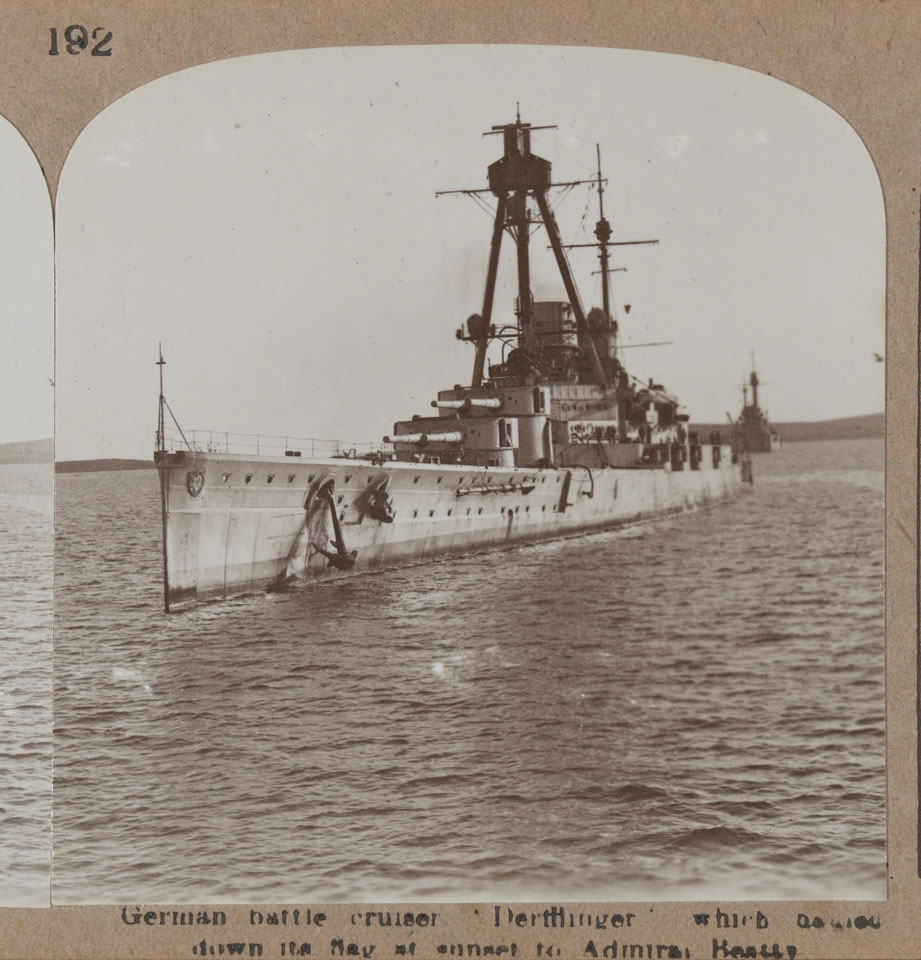 'German battle cruiser Derfflinger which hauled down the flag at sunset to Admiral Beatty', 1918

Following the November 1918 Armistice the German High Seas fleet was ordered to surrender to the British. Over 70 ships were interned at Scapa Flow in the Orkney Islands pending a decision on their future in the peace Treaty of Versailles.

The caption refers to Admiral David Beatty's signal to the German High Seas Fleet on its arrival at Scapa on 21 November 1918: 'The German Flag will be hauled down at sunset today Thursday, and will not be hoisted again without permission'.