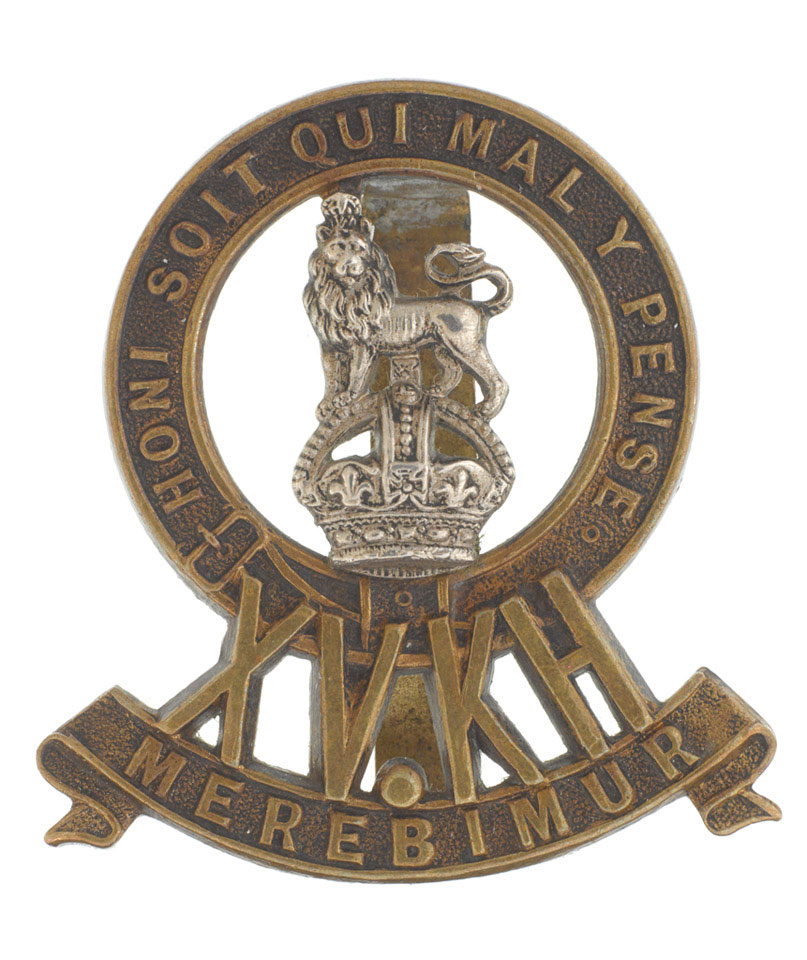 Badge with lion over crown, within a circlet bearing the motto of the Order of the Garter, 'Honi soit qui mal y pense' (Shame be to him who thinks evil of it), above the Regiment's number in Roman numerals and a scroll bearing the Regiment's motto, 'Merebimur' (We Shall Be Worthy).