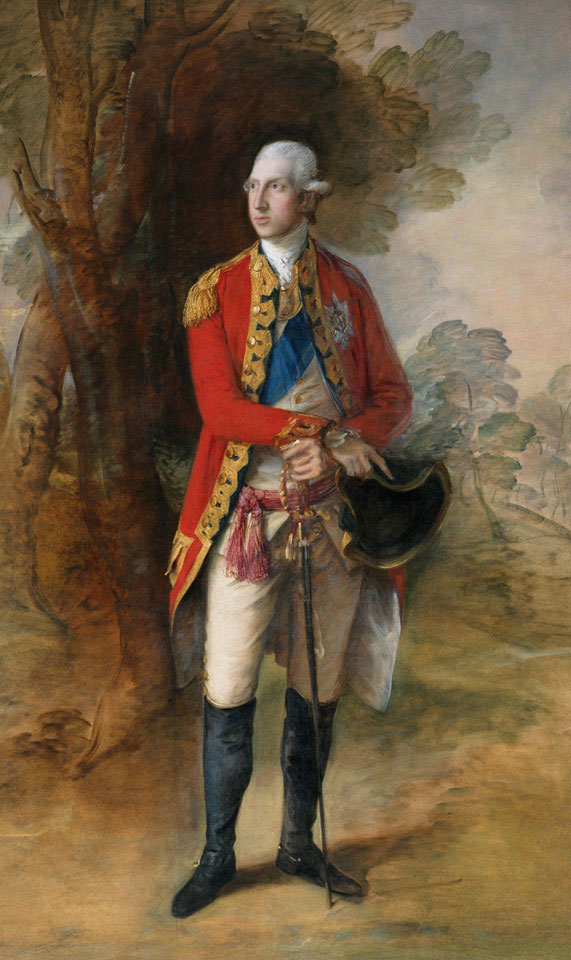 The younger brother of King George III, Prince William Henry (1743-1805) was created Duke of Gloucester and Edinburgh and Earl of Connaught in 1764. He wanted to pursue an active military career, but neither his physical stamina nor his mental capacity were sufficient to carry a commander's position on active service. Nevertheless, he became Colonel of the 13th Regiment of Foot in 1766, and of the 3rd Regiment of Foot Guards in 1767. He was promoted lieutenant-general and became Colonel of the 1st Regiment of Foot Guards in 1770. During the War of Bavarian Succession (1777-1779), he longed to serve under Prince Frederick (Later King Frederick II) of Prussia, but his request was declined. Gloucester was made a field marshal in 1793.

In 1766 Gloucester secretly married Maria, widow of James, 2nd Earl Waldegrave, without royal consent. This was concealed for six years until Maria became pregnant. The King banished the couple from court and they spent the next few years in Italy before Gloucester was restored to favour in 1780.

The Prince is depicted in the uniform of Colonel of the 1st Regiment of Foot Guards, wearing the ribbon and star of the Order of the Garter. It is the earliest known portrait of a member of the Royal Family in the uniform of colonel of a regiment. Unfinished, the painting remained in the artist's studio until his death. It was subsequently purchased by the Prince Regent and given to Princess Sophia of Gloucester, eldest daughter of the sitter, in 1816.