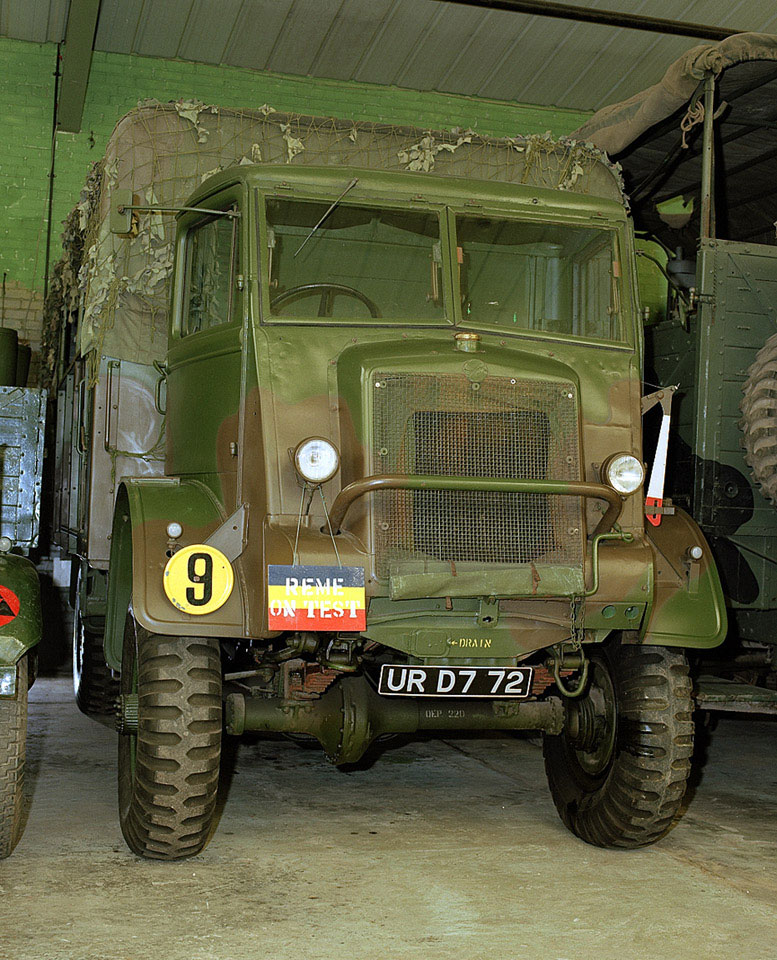 The QLT Troop Carrier was an early version of the QL range of models, popularly known as 'Trooper' or 'Drooper'. Between August 1941 and August 1942, Austin delivered just over 1,700 QLT; from then on until the end of World War Two (1939-1945) an almost equal number was made, bringing the total quantity to 3,373.

They were employed mainly by the Army and the RAF. Some 'Troopers' were converted for the caravan/office role and the QLT chassis was also used for certain house-type bodies.

Vauxhall Motors supplied the chassis, modified by having two 16 gallon fuel tanks, one on either side of the chassis, instead of the normal 28 gallon single tank behind the cab, and an extended exhaust system. The chassis went to the Austin Motor Co in Longbridge, Birmingham, for certain further modifications before mounting the 16 ft long body. These modifications included an extension of the chassis frame at the rear and the mounting of the spare wheel below the extension.

The main body could hold 29 troops and their equipment. There was an anti-aircraft hatch at the forward end of the body, with a machine gun mounting. For conversion to load-carrying role the side seats could be folded back flat and the centre bench assembly could be collapsed and stored under the body floor. There were two side doors, one on either side, and two large doors at the rear. The load had to be carried as far forward as possible in order to avoid steering problems.