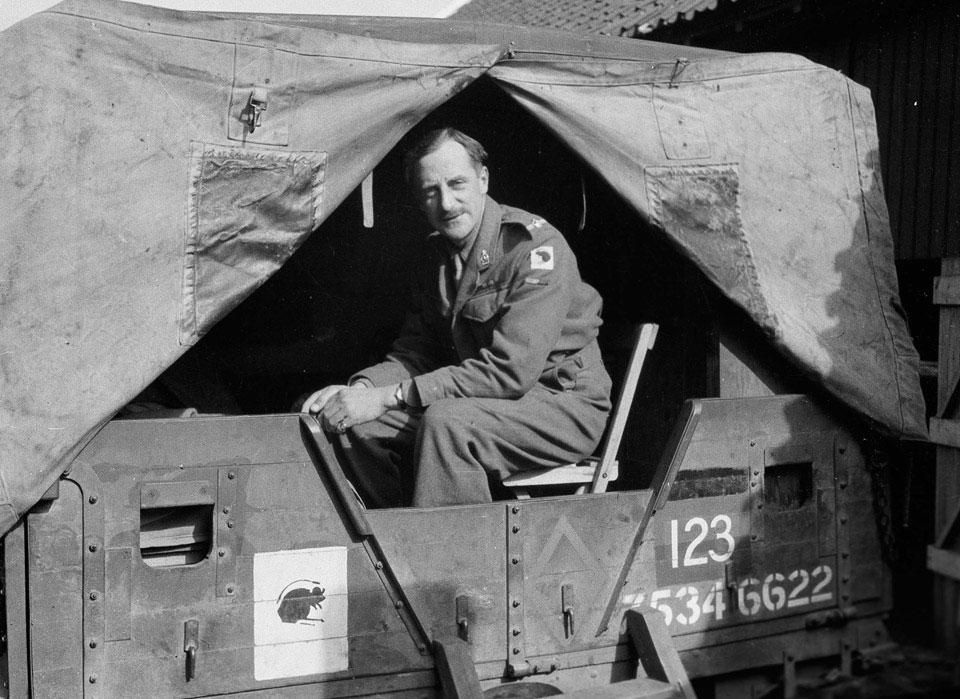 Major Ian Basil 'Ibbi' Aird was second in command of the 3rd/4th County of London Yeomanry (Sharpshooters), from August 1944 until he succumbed to injuries sustained in a road accident in December 1944. Aird fought at the battle for Villers Bocage in June 1944 and won a Distinguished Service Order for his actions in Normandy. The rear of the truck in which he sits carries the formation sign of the 4th Armoured Brigade, of which the Regiment formed part.