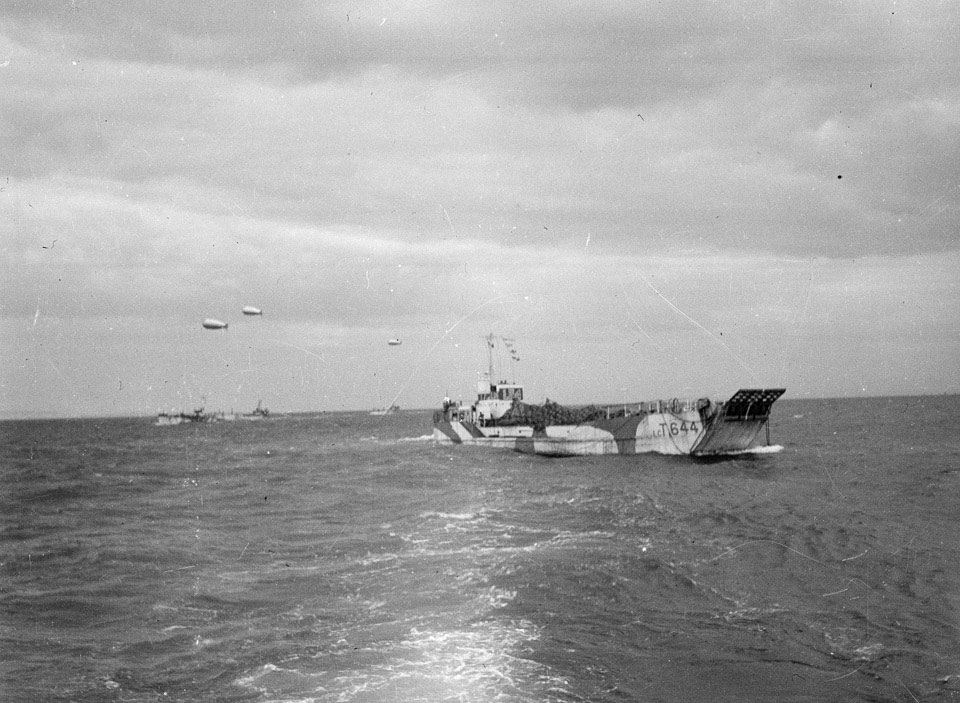 A Landing Craft Tank (LCT) of the type which transported the men and vehicles of the 3rd County of London Yeomanry to Normandy on 7 June 1944, as part of the liberation of Europe.

The war diary of the 3rd County of London Yeomanry (Sharpshooters) records the embarkation of the unit on to LCTs at Gosport on 6 June 1944, 'When loaded the LCTs joined a much larger convoy and lay off shore from 1 to 3 hours, finally sailing sometime during the afternoon'. The LCTs carried nine vehicles, eight of which were Sherman tanks.