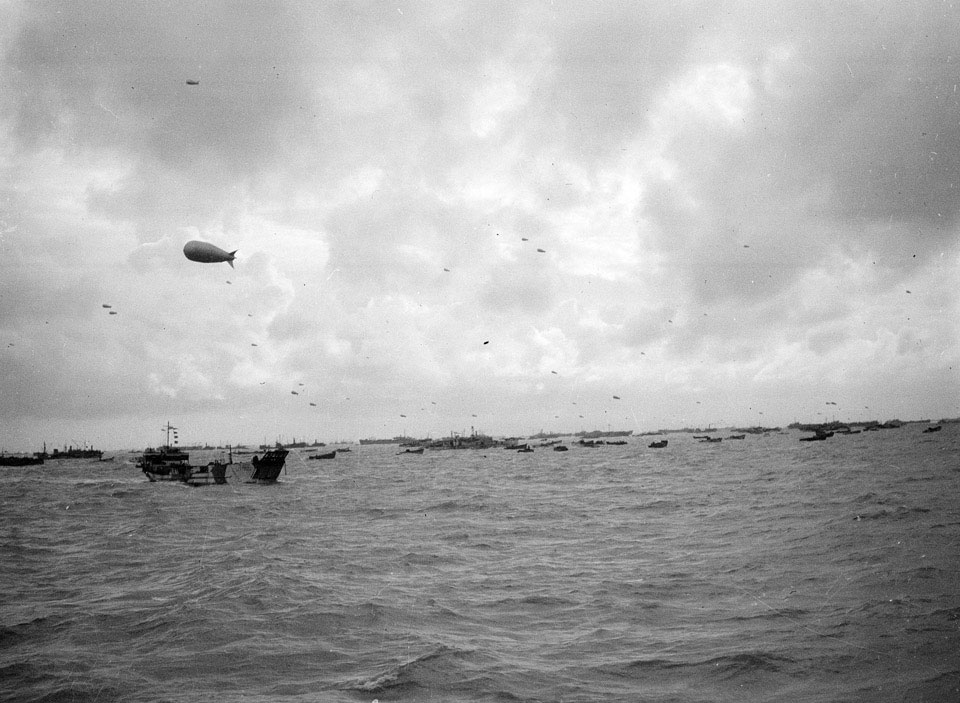 'Part of the invasion fleet assembling off Portsmouth', Operation OVERLORD, 1944