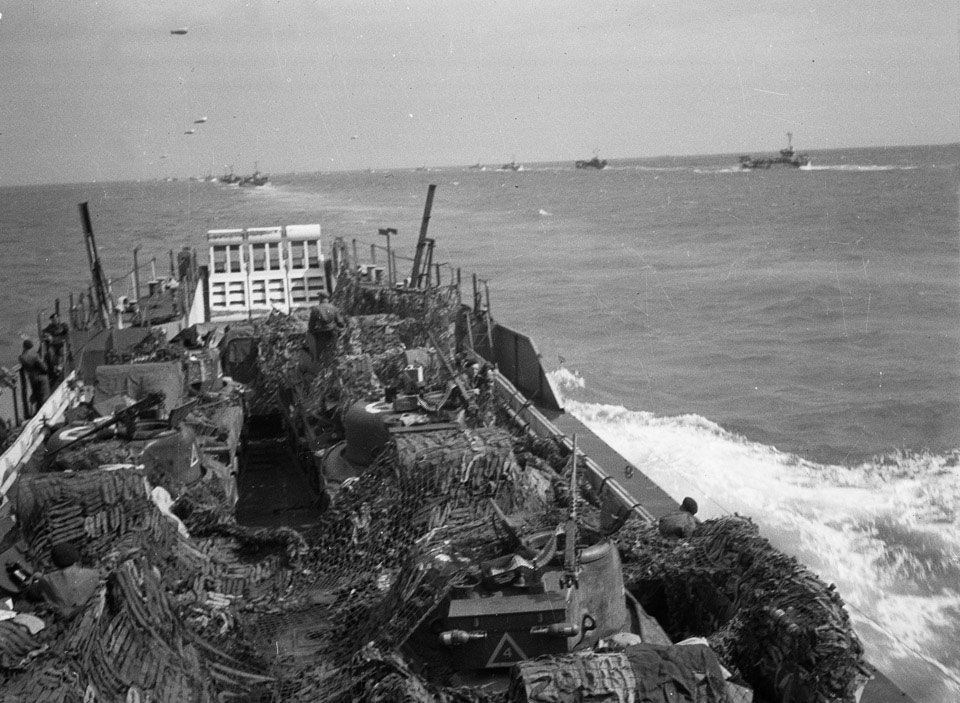 'The convoy containing the regiment shortly after leaving the Isle of Wight, 1944

This landing craft was one of over 5,000 ships and landing craft crossed that crossed the Channel on 5-6 June 1944. That morning, American, British and Canadians landed on beaches codenamed Gold, Juno, Sword, Omaha and Utah. The Allies achieved surprise and, although several beaches witnessed bloody fighting, by the end of the day 130,000 troops had landed.