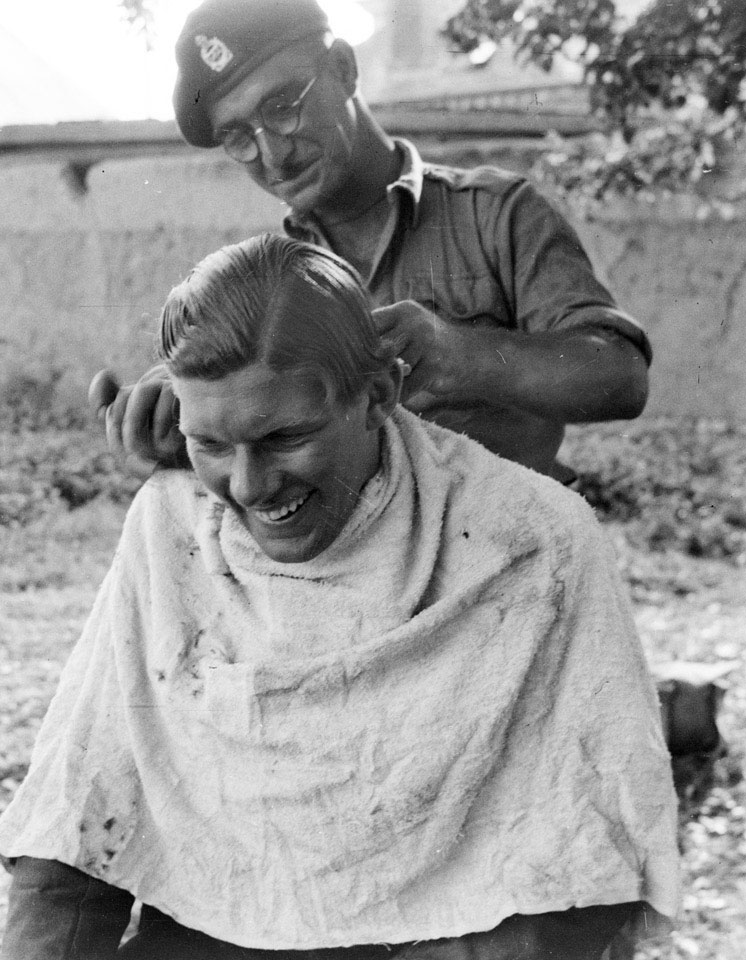 Derek Headford 'Hawk' Hawkins (1921-2008) joined the 3rd County of London Yeomanry as a trooper in 1938. As an acting sergeant in North Africa in May 1942, he was awarded the Military Medal for actions that included knocking out two enemy tanks and towing a disabled British tank and its crew to safety. In August 1942 he was commissioned as an officer in the field. Hawkins commanded a tank troop in Italy in 1943 and was awarded the Military Cross for his actions on 5 October 1943. Hawkins' tank was hit by enemy tank fire, two of his crew were killed and he was wounded and burned in the resulting fire. Hawkins was back in action in June 1944 taking part in the attack on Douvres radar station in Normandy. Hawkins went on to serve as a regular officer in the 15th/19th Kings Royal Hussars, becoming Commanding Officer of the Armoured Trials and Development Unit, finally retiring in 1971.