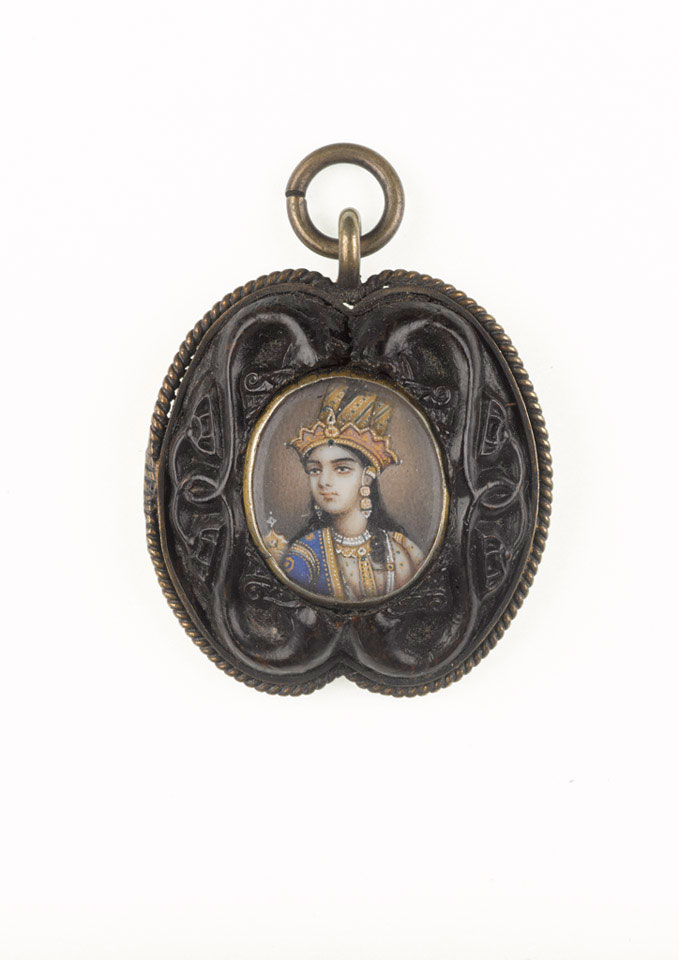 One of six miniatures on ivory, originally attached to a bracelet, now mounted on a silver shield. Presented to Lady Honoria Lawrence (1808-1854) by Maharaja Ranjit Singh (1780-1839).

Zeenat Mahal married Bahadur Shah Zafar II, the last Mughal Emperor, in November 1840. She was the mother of Mirza Jawan Bakht, who she claimed should be the heir to the throne. However, although his older brothers died, or were shot during the Indian Mutiny of 1857-1859, this claim was dismissed by the British authorities. Zeenat Mahal died in exile in Rangoon in 1886, two years after her son.

Ranjit Singh's beautiful gift was a statement indicating how important he was. It places him alongside the Mughal Emperor, Bahadur Shah Zafar II, and his court. Honoria Lawrence (1808-54) was the wife of Sir Henry Lawrence (1806-57). They travelled through the Punjab in the 1830s and later Henry Lawrence was the British representative in the area.