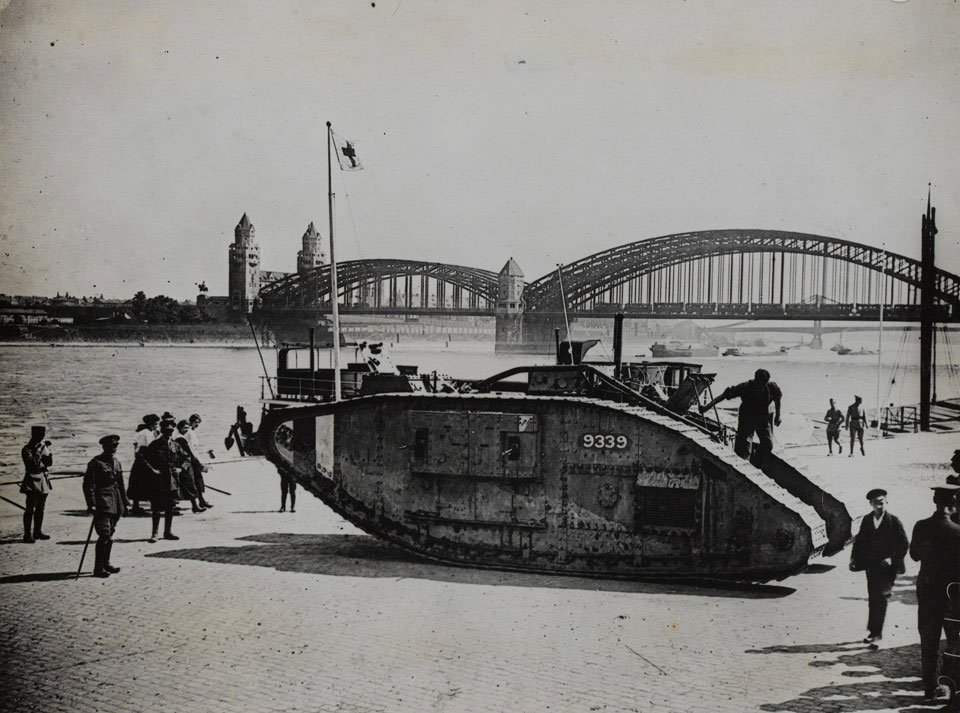 The tank, from 12th Battalion the Tank Corps, is parked on the Rhine embankment near the Hohenzollern Bridge. The British Army of the Rhine, established in March 1919, was part of the Allied occupation force that entered the Rhineland after the November 1918 Armistice. British troops remained in Germany until 1929.