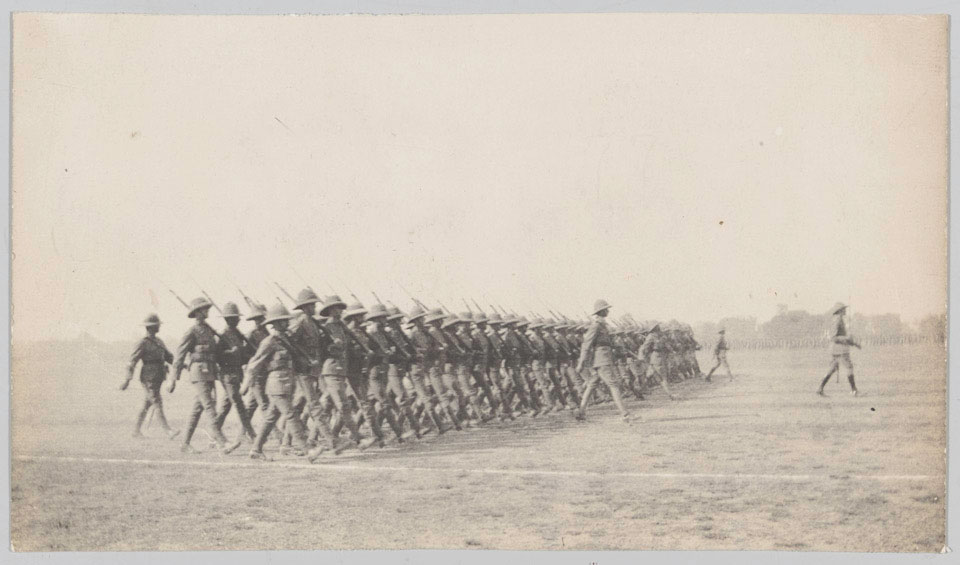 Members of 2/4th Battalion The Duke of Edinburgh's (Wiltshire Regiment) at the Armistice Parade in India, 1918

Part of the Territorial Force, the 2/4th Battalion landed at Bombay in November 1915 and spent the whole war in India. Initially attached to the 6th (Poona) Division's area of command, it later transferred to the 8th (Lucknow) Division's command.

This photograph is part of a collection compiled by Captain Frederick John Townsend. Townsend originally served as a private in the Dorsetshire Regiment before being gazetted as a Second Lieutenant in the 2/4th Battalion of the Duke of Edinburgh's (Wiltshire Regiment) on 28 April 1917.