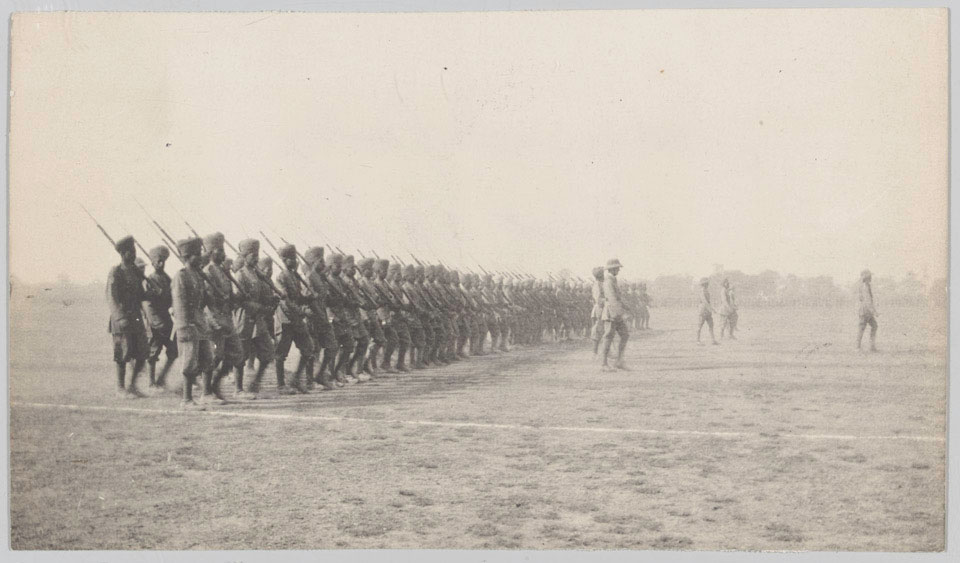 A unit of Indian Army infantry participating in a parade to mark the cessation of hostilities in 1918.

This photograph is part of a collection compiled by Captain Frederick John Townsend. Townsend originally served as a private in the Dorsetshire Regiment before being gazetted as a Second Lieutenant in the 2/4th Battalion of the Duke of Edinburgh's (Wiltshire Regiment) on 28 April 1917. The 2/4th Battalion was an additional Territorial battalion formed at the beginning of World War One (1914-1918). The battalion spent the entire war on garrison duty in India.