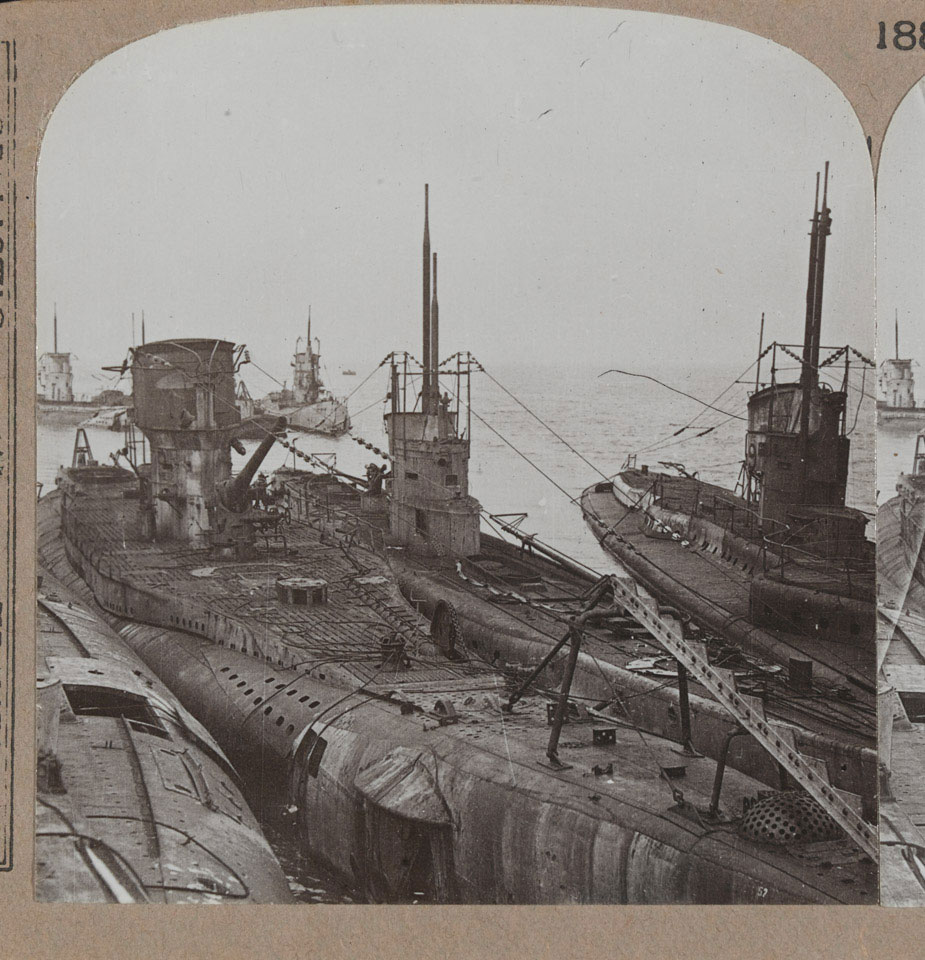 'Fleet of murderous 'U' boats, the greatest menace that ever faced our Empire, surrender at Harwich', 1918

Following the November 1918 Armistice the German submarine fleet was ordered to surrender to the British. They sailed across the North Sea and were met by Royal Navy warships commanded by Rear Admiral Sir Reginald Tyrwhitt. The latter escorted them to Harwich. Before entering the port, British sailors boarded and took control of the submarines. Eventually 122 U-boats and their supporting vessels were taken into Harwich. The German crews were later shipped back to their own country.